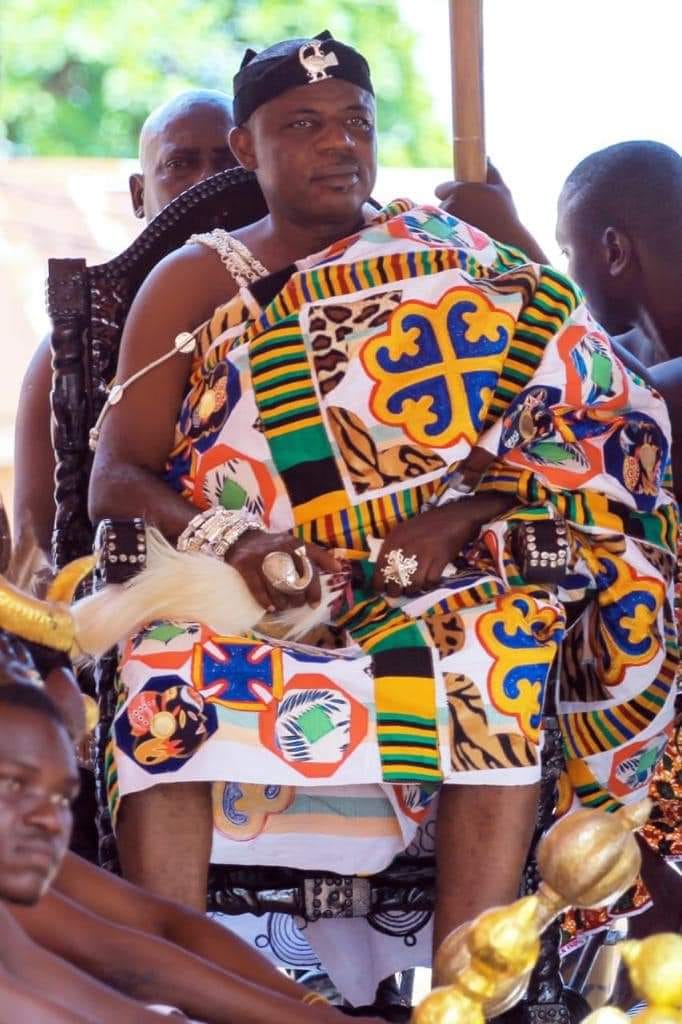 As Media practitioners, our professional fief adjures us to unravel wrongdoings most of the time and never see the good side of people who have diligently served our land.

For the very first time in a long while, I’m going to embark on a journey most journalists don’t normally do but rather point out the monumental works of one of the most prolific servants of Ghanaian soil.

It deserves to powwow about this noble man who has served as a civil servant for over four decades and also as a traditional ruler for eight years, a leader who has conducted himself and his high offices with such aplomb that he deserves acclaim.

As a Civil Servant and chief, this man who’s widely known to be one of the milords in the country’s civil service has excelled in almost everything he has done so far.

He is unassuming and his heroic deeds have been subsumed by individuals who have constantly applauded him for his exploits.

I am even more inclined to write about him because of the recent steps he took as a chief to ensure his subjects are well insulated from armed robbery attacks and other criminal activities that hinder progress for his people.

As a journalist who has worked with the Kumasi-based OTEC 102.9 FM, one of the renowned media firms in Ghana for close to a decade now, I have met hundreds of imminent and illustrious politicians, clergy, and traditional rulers among other people but this particular man has distinguished himself among his peers in the country with selflessness, honesty, hard work and loyalty to his motherland Ghana and so, therefore, merit special attention.

I may be writing this from the Capital of the Ashanti Region, Kumasi, in this region resides hundreds of chiefs but the outskirt of the region harbours one of the oldest traditional settlements, the Ejura Traditional Area.

Eight years ago, the people of Ejura Traditional Area were blessed with one of the most Stakhanovite chiefs in their history, in the person of Barima Osei Hwedie II, known in private life as Enoch Osei Mensah.

I have personally known the chief very closely having covered his stories as a journalist for the past four years and would agree with a publication by Otecfmghana.com, Ghanaweb.com and Mordernghana.com with the president of the land Nana Addo Dankwa Akufo-Addo saying, “You’re a blessing to the nation’.

The tall list of his achievement as the chief of Ejura in the first eight years is so enormous that, even in the line of past monarchs who have served on the Ejura stool, Barima Osei Hwedie II will stand tall, purely on the merit of his accomplishments in eight years.

Even before ascending the throne as the monarch of Ejura, Barima Osei Hwedie II distinguish himself as a proud citizen of Ejura leading major development projects in the area.

The chief who has rocked shoulders with almost all heads of state since the era of former president Jerry John Rawlings has worked closely with successive governments and still maintains the respect of political leaders after gaining his new status as the highest monarch of Ejura.

For the want of time, I will focus more on the developmental projects Barimah Osei Hwedie II together with the Ejura Traditional Council has chalked in the last eight years.

He has relentlessly embarked on community and other developmental projects that his predecessors never thought of and has achieved huge success in bringing Ejura to the map.

The chief with support from his elders constructed a four-bedroom apartment for the Ejura-Sekyedumase Municipal Health Directorate to house senior doctors serving in the area, he also fenced Ejura Government Hospital to provide maximum protection for health workers in the facility.

Barimah Osei Hwedie II has initiated the construction of an ultramodern maternity block for his subjects, to help reduce maternal mortality in the municipality.

That notwithstanding, Barima Osei Hwedie II in the area of Agriculture development has released thousands of acres of land to government agencies, individuals and other corporate institutions for farming activities, a feat that has won Ejura the accolades of Ashanti Region’s food basket.

As if that was enough, in 2017 the fecund monarch released Six Hundred and Fifty-three (653) acres of land to the Ghana Prisons Service for the cultivation of food to augment the country’s food security. On that same land house a 300-bed ultramodern facility for convict prisoners.

The chief also initiated a Water Project funded by the traditional council to provide clean water to thousands of people in over five communities under his rule.

Under his rule, Barimah Osei Hwedie II in 2022 cut sod for the construction of a GH¢15 million water supply project for the Ejura Township.

The Project is financed by the Government of Ghana with support from German Bank will provide clean water to over 41,000 people in Ejura Township and its surrounding communities making available 10,000 cubic metres of water daily to households in Ejura.

In the area of education, Barimah Osei Hwedie II released One hundred acres of land to the Ghana Baptist University College for the school to build their headquarters in the area. He personally renovated a three-classroom block at Ejura Anglican Basic School which was in a dilapidated state.
The chief through the traditional council’s fund has again provided scholarships to brilliant but needy students at the tertiary level.

The Ejura/Sekyedumase Municipality in the Ashanti Region is a longstanding political hotspot for violence with many calling for a military base of sorts in the area.

In a detailed interview, I did with him in 2022 to mark his five years as the chief of Ejura Traditional Council, the monarch elucidated how worried he was at the pocket of violence and criminal activities Ejura communities’ record

To make the calls come true, Barima Osei Hwedie II released vast land to the government for the building of a military base in the area.

He also initiated the construction of the Ejura Divisional Police Headquarters which is more than 50 per cent complete now.

Personnel of the Ghana National Fire Service were not left out having received a seven-bedroom bungalow for officers posted in the municipality.

The firefighters who used to trek miles to work in the area now have a permanent place of abode making their stay in the municipality easy for them.

One of the major security concerns for farmers in the Ejura-Sekyedumase Municipality was the influx of nomadic herdsmen who occasionally destroy farmlands and water bodies in the area.

Barima Osei Hwedie II as part of efforts to insulate farmers from the destructive activities of nomadic herdsmen declared Ejura and its environs as a no go zone for them.

I recall the chief warning his subjects about these herdsmen at a traditional council meeting, “anyone including chiefs found to be entertaining or allowing the herdsmen to live in their areas will be dealt with severely”

“Some of my community members who are mainly farmers have laid bare their grievances including armed robbery, raping of the communities’ women, destruction of their farmlands amongst others being orchestrated by the herdsmen and I will not allow this to continue as long as i am your chief,” he cautioned.

Walking the talk, Barima Osei Hwedie II went as far as destooling one of his sub-chiefs at Miminaso No2 for allegedly aiding nomadic herdsmen in suspected armed robbery and subsequently handed him over to the police for further investigations.

His Patriotic acts received a resounding welcome from the public with many calling on other traditional leaders to learn from the Ejurahene’s example.

He has since remained as the Head of Protocol at the Vice president’s office since 2017 serving the country devoid of any political affiliation.

In November 2019, the Ghana Civil Service recognized and awarded the immense contribution and dedicated service of Barima Osei Hwedie II for his role in the civil service.

Proven to be a consummated civil service who has dutifully played his role well, much to the administration of all the governments he has served under, his track record and stewardship in the world of civil service is rare and unrivalled and so the award was no surprise some of us who have followed his exploits over the years.

Up to this date I am yet to see any chief or civil servant who has for more than four decades serve both his community and country with dedication, humility and outstanding performance of stewardship and I will be very happy to see the Ejura Traditional area been elevated to a paramountcy because of good work of Barima Osei Hwedie II.

Ghana to review COVID curbs amid surge in China