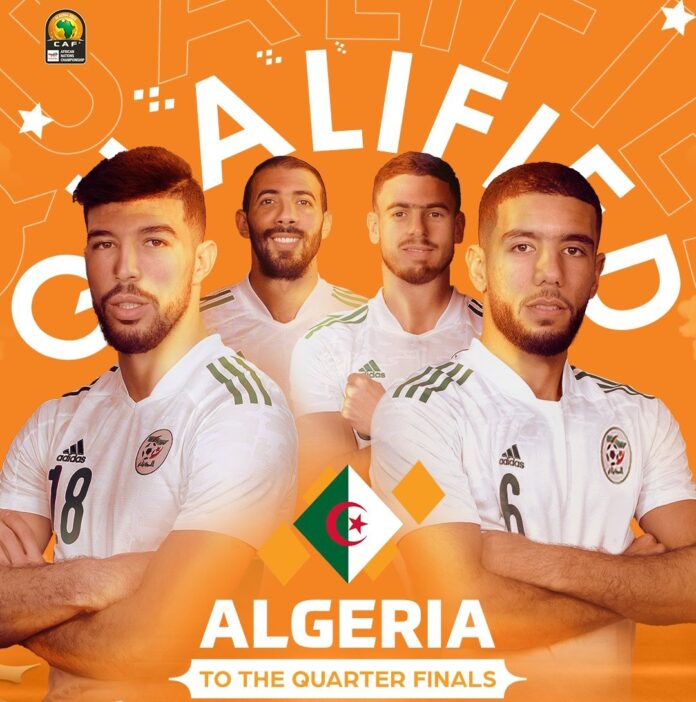 The host nation for the CAF 2022 Africa Nations Championship (CHAN) tournament Algeria booked a place in the knockout stages of the competition.

The Green and Whites beat the Ethiopians 1 – 0 to seal a place in the first knockout phase after picking two wins in two games.

The first 45 minutes of the match failed to produce a goal though both teams created a lot of chances.

Seven minutes after the break, Aymen Mahious grabbed the only goal of the match to win all three points for the host who become the first country to qualify to the next stage.

Algeria will face Mozambique in their last group game after booking their place in the knockout stages with Mozambique in need of a draw to join them.

Ethiopia on the other hand will hope for Algeria to beat Mozambique and hope to beat Libya to stand a chance to qualifying.

Ghana forward Joseph Paintsil dazzles as he provides another assists in...