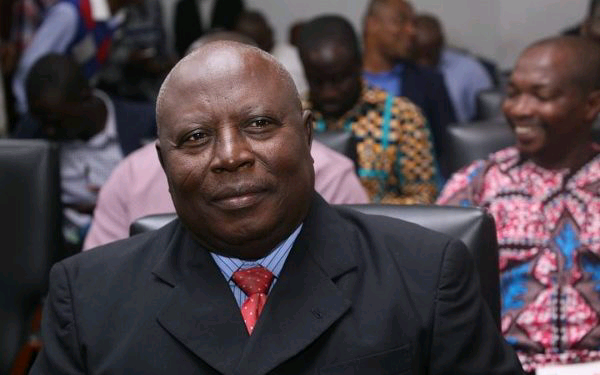 Martin Amidu in a statement said after carefully reading of the supposed Facebook coup comments, they cannot be measured to the treason charge against Barker-Vormawor.

“It is my considered view that the two contradictory and ambiguous Facebook comments taken separately or together do not measure up to the basic ingredients of the provisional charge of the indictable offence of treason felony for which he was ‘cynically’ and surprisingly brought before an inferior court without powers of bail on 14 February 2022, and for which he is still in police custody on remand,” he said.

He believes the arrest and detention of Baker-Vormawor is “a clear and calculated intention” from the government to infringe on the fundamental human rights and freedoms of Mr. Barker-Vormawor.

According to Martin Amidu, the Akufo-Addo government has ‘knowingly’ and ‘intentionally’ turned the administration of justice into an ‘inquisitorial’ and ‘persecutorial’ system to intimidate and suppress the personal liberty of the social activist.

“The contention that he was not brought before a court within 48 hours of his original arrest or detention because of lack of a court during the weekend is vacuous,” Martin Amidu contended.

Martin Amidu while recalling some distinguished Directors of Public Prosecutions he had worked with, expressed doubts as to whether any of them would have agreed to the Police bringing Mr Barker-Vormawor to any court on treason felony charge upon his comments on Facebook.

Oliver Barker-Vormawor has been in Police custody since he was arrested on the evening of February 11, 2022 over coup comments on his Facebook page. The arrest took place immediately he arrived from the United Kingdom.

In a press release, the Police explained that his arrest followed “a post he allegedly made on a social media platform to the effect that he would stage a coup himself if the E-Levy Bill is passed by Parliament.”

Subsequently, he was charged with treason felony, an offence provided for in section 182(b) of Ghana’s Criminal offences Act.

Appearing in Court on Monday, February 14, the judge hearing the matter, Eleanor Barnes remanded Barker-Vormawor into Police custody pointing out that the nature and severity of the crime meant the Court cannot grant bail.

His lawyers later filed a suit at the Supreme Court challenging his arraignment before the district court.

They wanted the Court to determine whether the Police have discharged their constitutional duty by sending their client to a court with no jurisdiction to consider a bail application.

According to them, the ruling of the High Court ‘B’, Tema, dated February 17, 2022, entails a grave error of law which error is patent on the face of the record.

But the Supreme Court on March 2, struck out the application filed by lawyers for Oliver Barker-Vormawor.

This was after the Court had questioned the processes filed by the lawyers saying it does not properly invoke the jurisdiction of the Court.

According to JoyNews’ Joseph Ackah-Blay, lawyers for the youth activist then informed the Court they wanted to withdraw the case.

Your behaviour was “uncouth and embarrassing” – OccupyGhana to MPS