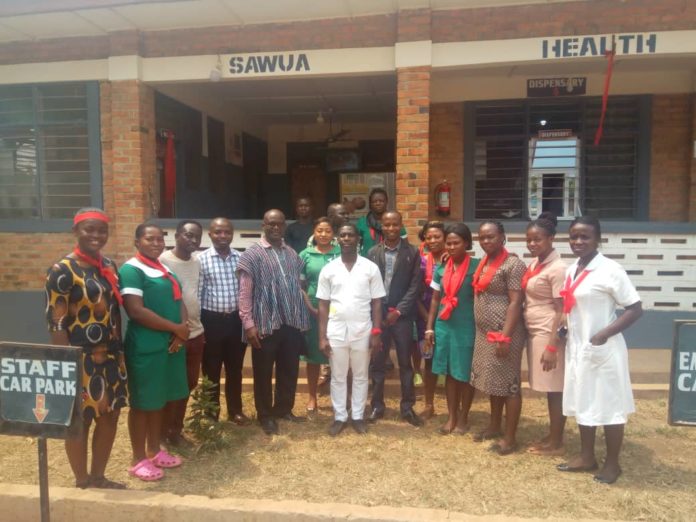 Health workers at the Sawua Health Center in the Bosomtwe District of the Ashanti Region, have threatened to boycott night shift duties insisting they need an improved security in the Sewua-Ayuom township.

The action, according to the health workers, follows the heightened fear among staff of the facility after one of their colleagues, Ruth Ama Eshun, was gruesomely murdered last week.

The grief-stricken workers made this known when leadership of the Ghana Registered Nurses and Midwives’ Association (GRNMA) visited the Sewua Health Center to commiserate with the health workers there.

The health workers told the delegation on Monday, February 10, 2020 that they will be compelled to embark on that action if authorities fail to prioritize their security and safety.

“It is heartbreaking for our hardworking colleague to be murdered in cold blood. We are demoralized. We feel unsafe in this community. If authorities don’t come to our aid the best for us is to boycott night shift and this will affect health delivery”, a teary-eyed nurse told the delegation.

“We don’t even have a police post here. We have been exposed to criminals. Nurses in this community feel targeted and that is adversely affecting output”, another said while appreciating the work done by the Association and security agencies.

Leader of the delegation and Second National Vice Chairman of the Ghana Registered Nurses and Midwives’ Association, Daniel Attah Tuffour urged the workers to remain calm while police pursue the suspects.

“We have given them series of assurances… and what we suggested to the police is that they provide provide patrols around the place. Because those who are coming on night duties may set off and arrive deep in the night and this is very dangerous for them. As you can look around anybody can enter here because the place is too opened. We are comfortable with police investigations but we want to speed up with the process”, he told reporters.

Ruth Ama Eshun, 37, was found dead in the early hours of Tuesday, February 4, 2020 after she failed to return home from work.

The Ashanti Regional Police Command has arrested two persons in connection with the crime.

Her body has been deposited at the Komfo Anokye Teaching Hospital morgue for autopsy.

Ghanaians have since launched a social media campaign dubbed #JusticeForRuthEshun” to pile pressure on the police to bring the perpetrators to book.

Meanwhile, the Ghana Health Service has described the mother of three as “one of its dedicated Registered Community Health Nurses”.

A statement issued by the Service on February 10 said it received with “shock the sad news” of her murder.

“The Service is relying on the expertise of the Ghana Police Service to unravel the cause of death and bring the perpetrators to face the full rigor of the law as we seek justice.”

The statement signed by the Acting Director General, Dr Patrick Kuma-Aboagye said, “The Ghana Health Service and the Council would like to assure our staff that the Service is taking steps including liaising with the various Regional Coordinating Council to prioritize the security and safety of all staff across the country.”

GN Savings Saga: Court rules against Bank of Ghana, others