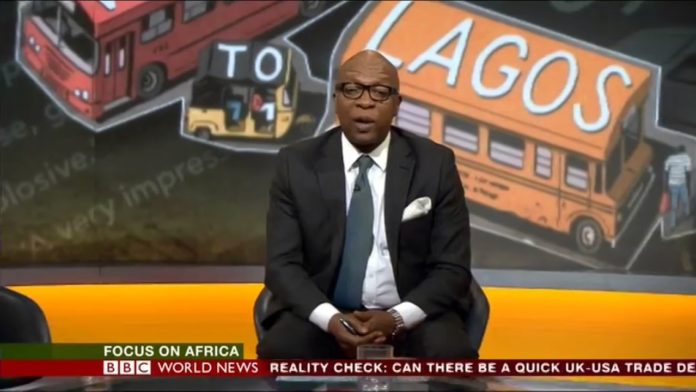 Focus On Africa, the BBC’s daily television news programme for Africa, will air every weekday evening on GHOne TV.

From Monday 6 January, viewers in Ghana can watch the latest news and analysis from BBC journalists across Africa every weekday evening on GHOne TV at 6pm GMT.

Presented by some of the most recognised names in African journalism, including Sophie Ikenye and Peter Okwoche, Focus On Africa brings viewers in Ghana the biggest news stories from across the continent.

Focus On Africa is one of Africa’s leading nightly news shows, seen across the continent on leading independent channels, and around the world on BBC World News (DStv 400).

With more journalists in more places across Africa than any other international broadcaster, the BBC’s trusted journalism extends to viewers in Ghana through the popular, national, free-to-air GHOne TV.

Vera Kwakofi, Editor of Focus On Africa says: “Focus on Africa has been the go-to daily news programme for audiences across Africa since it began in 2012. Our extensive network of journalists uncover the latest news stories from across the continent, making sense of it for audiences in Africa and beyond. We’re honoured to partner with GHOne TV to bring our award-winning journalism to a new audience.”

Mr Nathan Kwabena Anokye Adisi, CEO of EIB Network says: “At GHOne TV, we want to highlight our commitment to trusted, quality journalism. BBC Focus on Africa is the pinnacle of African journalism, and we’re delighted to bring the programmes to GHOne TV viewers.”

BBC Focus on Africa will air on GHOne TV at 6pm GMT, Monday to Friday.