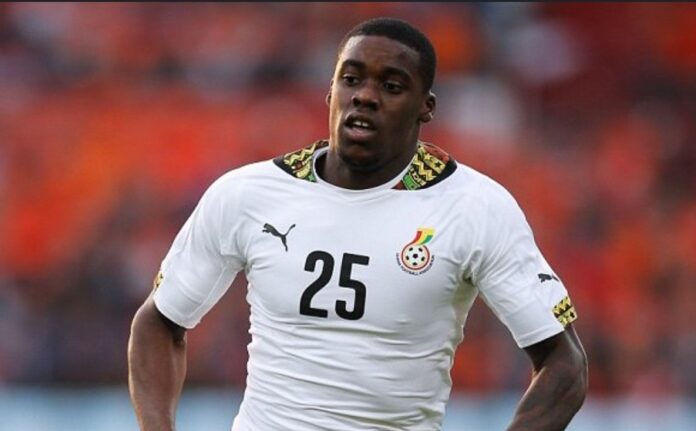 The midfielder has been left out of the Black Stars final 26-man list for the 2022 FIFA World Cup according to multiple various reports in Ghana by the Ghanaian media.

The player finally agreed to play for the national team again after he reportedly felt he was mistreated by the technical handlers some time ago.

Current development and reaction from one of the members of his management has suggested that the player is certain to miss out in the final 26-man squad for the Mundial.

According to report the head coach Otto Addo told the player he “has not seen him play.”, hence his decision to drop him.

The 29-year-old has been integral part of Patrick Vieira’s team in the Premier League this season.

He last played for the Black Stars came back in September 2021 when he saw 28 minutes of action in the World Cup qualifier win over Ethiopia.

Ghana will kick their campaign against Portugal on November 24 before they later take on South Korea and Uruguay in Group H.

Mohammed Kudus is the 1st Ghanaian to score, assist in Champions...