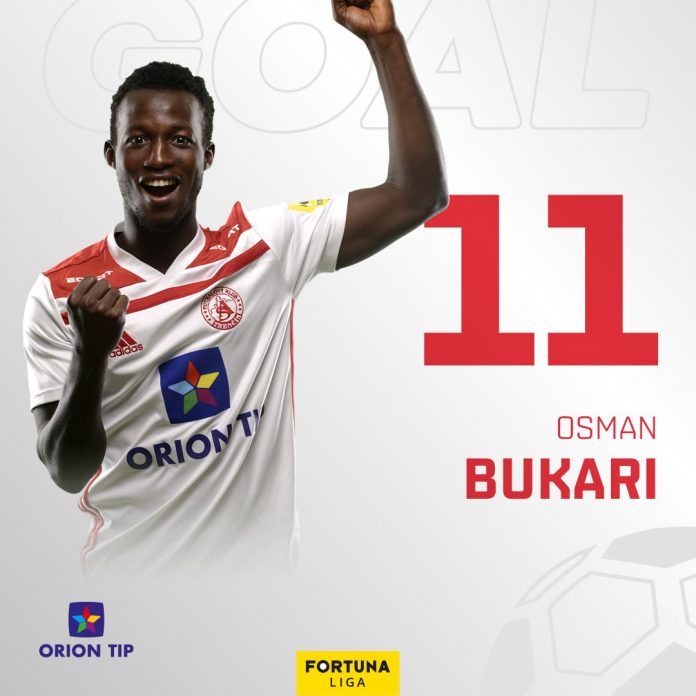 Black Meteors striker Osman Bukari was on target on Sunday for FC Trencin.

The Ghanaian international scored in his team’s heavy home victory over Zilina in the Slovak top-flight division.

Trencin scored their first goal in the second half with 20 minutes to go through Martin Sulek’s strike.

Sixty seconds after their breakthrough, the Ghanaian added to the home side’s tally making it 2-0.

Ante Roguljic made it a comfortable win for Trencin when he added the 3rd goal three minutes from full time.

Betway supports government with GHC 150,000 towards fight against COVID-19

Indian students wear boxes on their heads during exam to prevent...

Ghanaian-born German Ache earns MoTM with a goal and assist against...