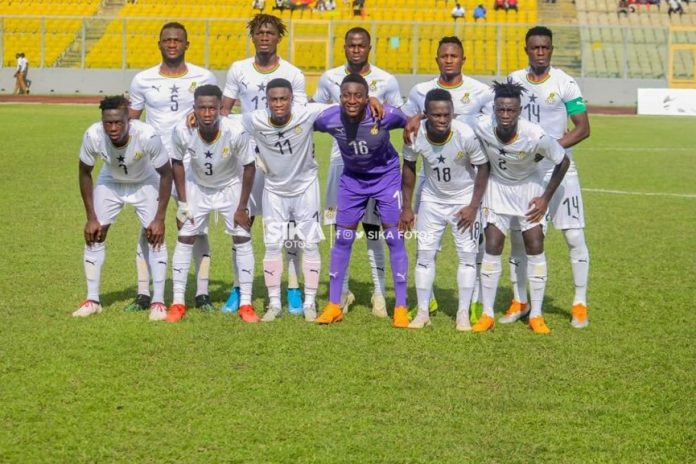 Head coach for Ghana’s Black Stars ‘B’ Maxwell Konadu has announced his final 21 players for the West African Football Union (WAFU) 2019 tournament which will be hosted by Senegal.

The former WAFU champions will depart Ghana on Sunday for the tournament which kicks off in Senegal on Saturday, 28th September 2019.

The Stars lost their last competition match against Burkina Faso in the CHAN qualifiers at the Kumasi Baba Yara Sports Stadium by a lone goal ahead of the WAFU competition.

The team will leave Kumasi today for Accra before flying to Senegal on Monday. Ghana’s first match against Gambia, which was initially scheduled to kickoff on Sunday September 29, 2019 has been postponed to Tuesday, 1st October, 2019.

Eleven players of Asante Kotoko and Obuasi Ashantigold will join the team at camp in Senegal after their respective games in the CAF Champions League and Confederation.