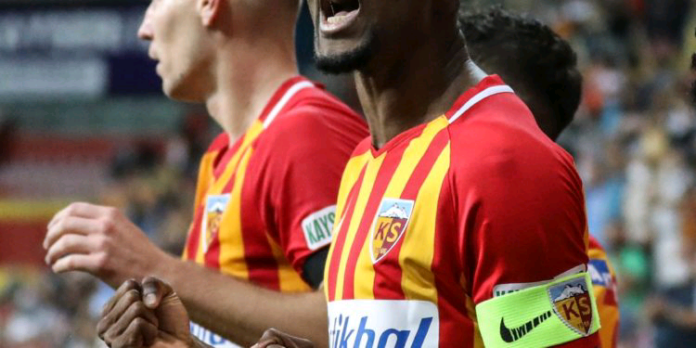 Ghanaian midfielder, Bernard Mensah scored with a thunderbolt strike for his team Kayserispor against Kasimpasa in the Turkish Super Lig on Saturday evening.

The lanky Ghana International attacking minded midfielder scored the opening goal of the match to put the hosts 1-0 up after 33 minutes of action.

Mensah broke the deadlock of the match with his left footed long range goal as he found the top left corner from outside the box with his weaker foot.

Deep into additional time period, Miguel Cardoso added the second goal to make the final score 2-0 to the Yellow and Reds.

The 26-year-old Ghanaian spent last season on loan at Besiktas JK where he won the domestic double with the Black and Whites Eagles.

He has a goal in a game to his name in his first appearance of the campaign for the club he captain’s and provided a masterclass performance aside his super strike.