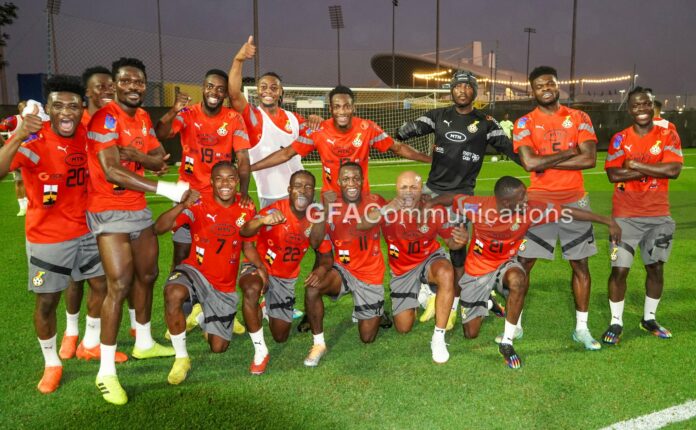 Ghana’s Black Stars players were all smiles as they started training on Tuesday afternoon in Abu Dhabi ahead of the 2022 FIFA World Cup tournament in Qatar.

The players were seen in a buoyant mood as they begin preparations for their Last Pre-World friendly game against Switzerland on Thursday.