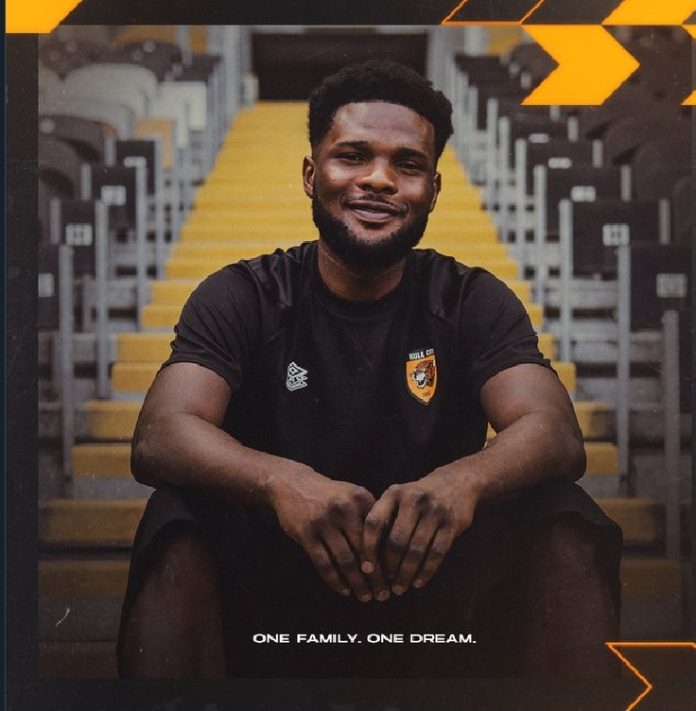 The 25-year-old striker was one of the star players last season in the Turkish Super Lig for Yeni Malatyaspor.

He signed a two year contract with the Yellow and Blacks outfit with a further one year renewal option.

Tetteh was part of the Ghana Black Stars team that failed woefully at the 2021 Africa Cup of Nations tournament in Cameroon earlier this year.

Hull City are delighted to announce the signing of striker Benjamin Tetteh from Turkish side Yeni Malatyaspor on a free transfer.

The 25-year-old has signed a two-year deal with the Tigers, with the club holding the option of an extra year, and will link up with Shota Arveladze’s men.

Born in Accra, Ghana, Tetteh began his youth career in his native country with Tudu Mighty Jets and Dreams, before moving to Belgian side Standard Liège in 2015.

Winning the Belgian Cup with Les Rouches in his first season, the 25-year-old spent time on loan in the Czech Republic, first with FC Slovácko and then Bohemians Praha 1905.

The forward won the Czech Cup in 2020 at Železná Sparta, making 75 appearances in all competitions over two seasons, netting 19 goals and registering nine assists.

Tetteh moved to Turkish side Yeni Malatyaspor on loan ahead of the 2020/21 season, scoring six and assisting six in 33 appearances, before making the move permanent the following campaign.

Internationally, Tetteh has represented Ghana at both youth and senior level, and he becomes the Tigers’ first Ghanian born player to represent the club.

‘NA WHO CAUSE AM?’: Retiree Gyan Has Himself To Blame