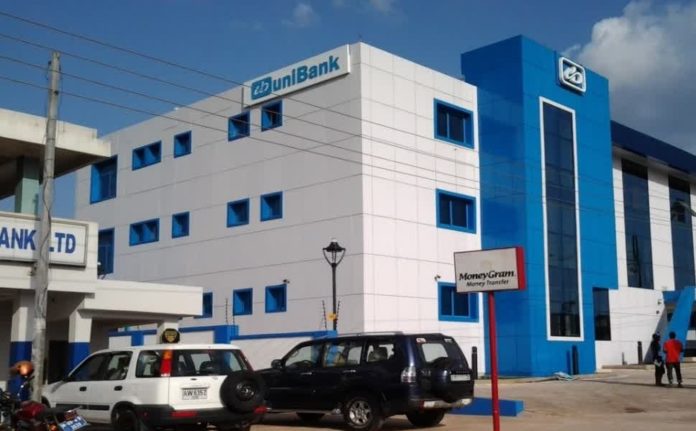 The Human Rights Division of the Accra High Court has adjourned hearing of the motion for judicial review filed by HODA Holding against the Bank of Ghana following the revocation of the operating license of uniCredit Ghana to October 8.

In court on Wednesday when all the parties had agreed to commence hearing, lawyers of BoG led by Frank Davies were absent without any notice to the court.

Justice Gifty Agyei Addo said though all the parties agreed to be in court, she gets the impression that counsel for BoG was unwell.

She, however, directed lawyers of HODA to serve them with a hearing notice

On July 21, 2020 a three-member panel of the Court of Appeal dismissed an application for Stay of Proceedings by the BoG in an action instituted by HODA Holding following the revocation of the license of UniCredit Savings and Loans.

The panel chaired by Justice Margeret Welbourne with support from Justice Eric Kyei-Baffour and Justice N C A Agbevor said the BoG failed to demonstrate any special circumstances to convince the Court to exercise its discretion in their favour.

The court after dismissing the application also awarded a cost of GHc2000 against BoG in favour of HODA Holdings.

The court said they have read all the processes filed by the parties and also listened to the oral application by the respective counsel, and dismissed the application considering all the relevant laws relating to such applications.

The ruling, however, gave the High Court the green light to hear HODA application.

What happend at High Court?

On May 20, 2020, the Human Rights Division of the Accra High Court presided over by Justice Gifty Agyei Addo dismissed an application by the BoG seeking to halt proceedings in a case initiated against it by HODA Holdings.

The Central Bank was challenging the decision of another High Court that dismissed their claim earlier that the High Court lacked jurisdiction to hear the action instituted by HODA Holdings, challenging the revocation of the license of one of its subsidiary companies, Unicredit Savings and loans.

In the ruling of the High Court, it said the application is dismissed because the applicant (BoG) has not demonstrated the irreparable damage it will suffer should the respondent (applicant) HODA Holdings succeed.

The dismissal of this application has now paved the way for the hearing of the substantive case filed by HODA Holdings to commence at the High Court on July 23, 2020.

It would be recalled that, in October last year the High Court dismissed an application by lawyer of the BoG, Frank Davies, seeking to strike out a case filed by UniCredit challenging the revocation of its license.

The High Court in its ruling indicated that its jurisdiction has been properly invoked in the matter and subsequently ordered the Bank of Ghana, to file a response to the application brought by the owners of Unicredit Savings and loans.

The Court also awarded a cost of GH¢3000 against the Bank of Ghana to be paid to Unicredit savings and loans and another GH¢2000.00.

Bank of Ghana being dissatisfied with the ruling of the High Court proceeded upstairs to the Court of Appeal to quash the High Court ruling because the central bank believed the matter should have been handled at an arbitration level before proceeding to court.

The mother company of Unicredit Savings and Loans Company – HODA Holdings Limited in August 2019 sued Dr Ernest Addison and the Bank of Ghana for revoking the license of the company.

In the company’s affidavit filed at the Human Rights Division of the High Court on Monday, Hoda Holdings said its funds of over GHS 54 million were locked up with Unibank before it was forced to cease operations by the central bank in 2018 and it has since been trying to retrieve it.

Hoda Holdings wants “An Order of Certiorari directed at the 1st and 2nd Respondents to bring up to this Honourable Court for the purpose of being Quashed the Notice Dated the 15th day of August 2019 declaring Unicredit Ghana Limited insolvent and revoking the license of Unicredit Ghana Limited to operate as a Specialized Deposit-taking Institution.

An Order of Interlocutory Injunction restraining the Respondents, their agents, assigns, privies hirelings or otherwise howsoever described from interfering with the Operations of Unicredit Ghana Limited and to refer the Subject matter of the Instant Application to Arbitration.”