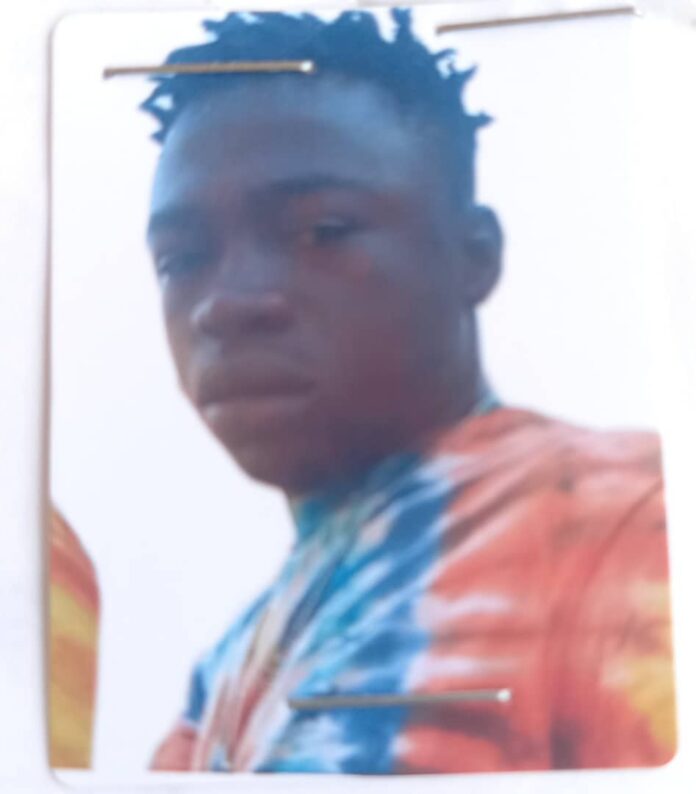 A court in the Upper East Regional capital has ordered the immediate arrest of a 22-year-old man for his involvement in robbery incidents in the region.

The suspect, Asampana Awine, a native of Bolga-Soe is from the Frafra descent, and has been committing several robbery operations including an attack on a teacher on the Yorogo-Bolga-Soe road on May 25, at about 1 a.m., the police said.

“The suspect Asampane Ayine, known as Winder armed with pistol followed the victim up and pushed him off the motorbike at the gate when he was about to enter his house and shot him on the left leg several times injuring him in the process. Suspect has since gone into hiding”, the police said.

The suspect according to the police may be hiding in Bongo, Yorogo or Soe, all in the Bolgatanga Municipality.

The police in the region is urging the general public to provide credible information leading to the arrest of the suspect.

2 get 40 year jail term for robbery

Two robbers arrested by police in the Upper East Region have been jailed for a total of 40 years with hard labour.

They are Awinaba Ayembil Joel, a 30-year-old farmer and Mathias Asagba, aged 20. They were arrested for committing different crimes in the region.

While Ayembil was jailed for 25 years, Mr. Asagba was handed a 15-year term.

A statement from the police said, prior to the jail term, a manhunt was launched for the arrest Ayembil who had escaped after committing a robbery at Zebilla.

He was subsequently arrested at Wassa Akropong in the Western Region “where he had gone into hiding after the suspected robbery,” according to the police.

“He was subsequently put before the Bawku Circuit Court on Friday, June 4, 2021, for the offence of conspiracy and robbery, contrary to section 23 (1) and 149 of the Criminal and Other Offences Act as amended by Act (646) and was sentenced to 25 years with hard labour.”

With regard to Mathias Asagba, he was put before the Bolgatanga Circuit court, where he was “tried and convicted to 15 years with hard labour on May 26, 2021.”

The arrest and conviction of the robbers form part of efforts by the police to clamp down on criminals in the region.

In a related case, the police in its statement stated that two other robbers have been remanded into custody after they were arrested for different crimes they allegedly committed, while one person is on remand after he was arrested for allegedly possessing a firearm without lawful authority.

“The Upper East Regional Police Command assures residence of robust security posture to ensure provision of maximum security to protect lives and properties, hence the laying of the emphasis on the call for enhanced partnership between police and the residents through information sharing leading to arrest and prosecution of offenders since crime-fighting is a shared responsibility,” the Upper East Regional Police Command added in the statement.