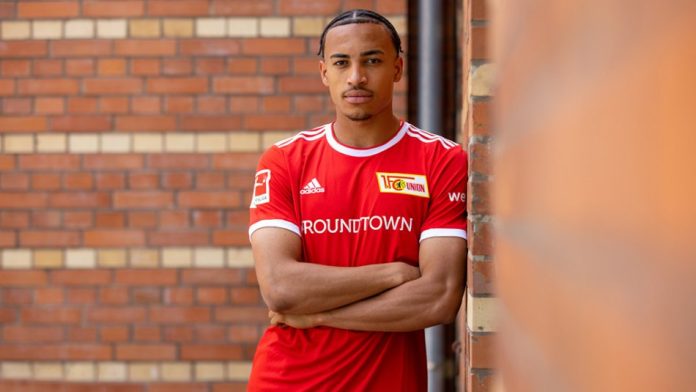 Ghanaian youngster, Jamie Leweling has been signed by German Bundesliga side FC Unión Berlin following his impressive showings at Greuther Fürth in the just ended season.

The youngster had a breakthrough season at the Green and Whites outfit as they returned to top-flight football for the 2021-22 season.

The Bundesliga, Union Berlin announced the signing of the youngster who’s still eligible to play for Ghana or Germany.

Read the Club Statement Below:

The seven-time capped German U21 international had a host of suitors after five goals in 33 Bundesliga matches under Stefan Leitl. Born in Nürnberg, Leweling moved to Fürth’s academy in 2017 and was given his first-team debut at the start of the 2019/20 campaign. Fürth would go on to secure promotion to the Bundesliga with Leweling playing 24 times in the successful second-division campaign. Comfortable on the wing and through the middle, it was in the Bundesliga where Leweling would make the biggest impression with goals against Stuttgart, Bielefeld, Freiburg, Hoffenheim and Leipzig. Leweling has been capped at U19, U20 and U21 level with Germany.

For Jamie Leweling, the focus was particularly on his athletic development, for which he sees Union as the right place to go: “The talks with Oliver Ruhnert and Urs Fischer really convinced me. In addition, you could see very well in recent years that Union is a club where players can develop and get better. For me as a young player, that’s a very important point. We don’t need to say much about the stadium and the environment. I played here with Fürth just before the end of the season and the atmosphere was overwhelming. I’m very happy that I can take the next steps in my professional career at Union.”

“I am pleased that we were able to convince Jamie of the prospects at Union and that he has decided in favour of us despite numerous other enquiries. With him, we get a technically and physically strong offensive player who will give us new impulses and even more speed with his way of playing football.,” said Oliver Ruhnert, 1. FC Union Berlin’s Managing Director for Professional Football.