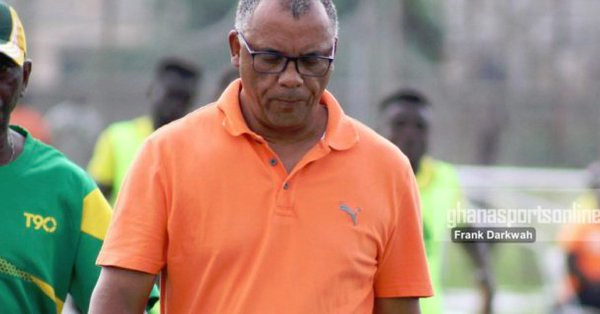 The head of the technical team of Ashantigold Ricardo Da Rocha says they are not afraid of their opponent RS Berkane.

Speaking to Dailymailgh.com after his victory over regional rivals Kumasi Asante Kotoko in the BK Edusei Memorial Cup, Da Rocha noted that though their opponents finished as runners up in the last edition of the competition, his men are ready to battle them come September 14th.

“We are aware of the threat pose by Berkane and what they managed to achieve last season, reaching the final of the competition on their debut,” the coach of the Miners said.

“I know how dangerous they are at home and how good they can be on their travels on their day and my boys are very well prepared and ready for such a big game because we always train for such a big occasion,” he stated.

“I have a lot of tactical discipline and technically gifted players which make me feel good about the match and I believe that my boys will face them squarely on the day,” Da Rocha added.

According to the Brazilian tactician, Ashantigold are not afraid of any team on the continent because they have a very solid team.

“Ashantigold have got some very good players and play as a team full of commitment and dedication and that makes me believe in this team that they are ready for any opponent anytime, any day,” Da Rocha concluded.

Addressing violence against women and children through the SDGs