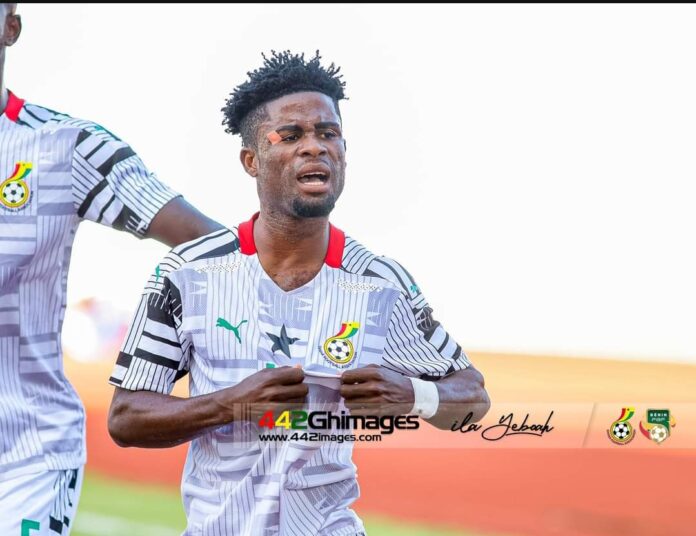 The In-form Ghanaian youngster continued with his fine form ahead of the 2022 FIFA World Cup tournament in Qatar next month with two goals to propel Black Meteors to a crucial win.

The host started the game on a blistering pace but Ghana’s Meteors tamed them just after the 10th minutes mark of the match.

The first 45 minutes of the match became quite boring with both teams failing to create great good goal scoring chances with the first half ending goalless.

On the 65th minutes of the match, Ghana got themselves a spot kick which was perfectly converted by the Hearts of Oak SC star player to make it 1-0 to the Black Meteors.

Eleven minutes after the first goal, Afriyie Barnieh was on the score sheet again from the spot after Ghana were awarded a second penalty in the game to make it 2-0 to the away team in Maputo.

The hosts scored from a rebound after an initial good save from Kumasi Asante Kotoko SC goalie Ibrahim Danlad to half the deficit just before the 90th minute mark.

The game ended 2-1 to Ghana ahead of the second leg in Ghana.