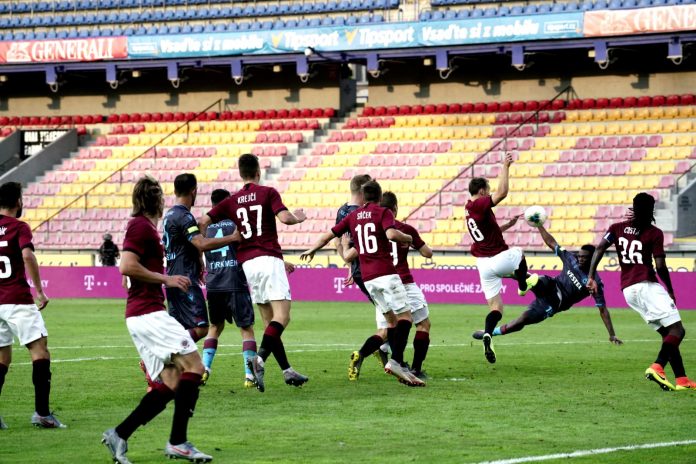 Ghanaian international attacker Caleb Ekuban on Thursday saved Trabzonspor with a goal and an assist in the Europa League qualifiers.

The 25-year-old predatory finisher was on target on the 84th minutes with a sumptuous finish after connecting from Jose Sosa’s ball into the box.

Ekuban turned provider in the 89th minute by setting up former Crystal Palace striker Alexander Sorloth to put his level on the night.

Trabzonspor was on the verge of succumbing to Czech Republic side Sparta Prague in the the first leg of the Uefa Europa tier in Czech before Ekuban’s exploits.

The bulky attacker joined the Turkish side from English Championship side Leeds United and is fast becoming fans favourite in Turkey.

Trabzonspor will be hopeful of advancing to the next round of the Uefa Europa competition when the take on the Czech Republic side next week in Turkey.

JIM’S JOTTINGS: On ‘Humility’ & The Ghanaian