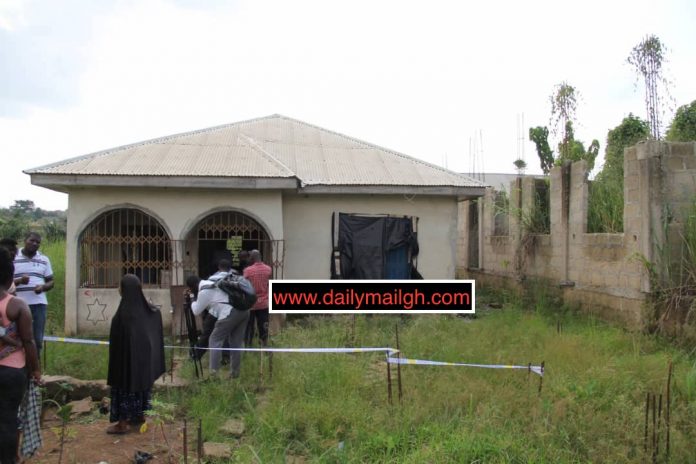 Three more suspects are in detention in connection with the kidnapping of two Canadian nationals in Kumasi, Ghana’s second largest city.

Lauren Tilley and Bailey Chitty were rescued by Ghanaian police on Wednesday after being held hostage for a week in Kumasi, Ghana’s second largest City.

Dailymailgh.com can confirm that three more suspects are assisting with investigations in addition to the initial eight who were announced on the day of the arrest.

The trio are Masaud Ibrahim, Moro Issaka and Yusif  Mohammed who were picked by Police in Kumasi and detained to assist in investigations.

Dailymailgh.com has obtained the identities of the eight key suspects who were rounded up during the Wednesday morning raid in Kumasi.

They have all been flown to Accra for further investigations.

Meanwhile, the police have retrieved some offensive weapons at the crime scene were the two kidnapped Canadian nationals were kept.

The police have confirmed to Dailymailgh.com that a grenade, two pairs of scissors, knives with blood stains and a piece of torn singlet soaked with suspected blood were found at the Amoam-Achease location where the suspects were being kept.

The police have cordoned off the crime scene as further investigations continue.

The military command is analyzing the grenade to help with investigations, a police source confirmed to Dailymailgh.com.

The rescue operation on Wednesday lasted for less than half an hour, according to Ghana’s information minister Kojo Oppong Nkrumah.

Eight suspects are currently in police custody assisting with investigations. They include five Ghanaians and three Nigerians, information Minister Kojo Oppong Nkrumah said at a press conference in the capital Accra.

Mr. Nkrumah said the operation did not include any foreign security.

He said: “The operations started Tuesday evening and there was no foreign assets involved in the operation. It was entirely done by the national security and security outfits of Ghana. The operation lasted for 25 minutes.”

“We want to assure the world that Ghana is safe and there is no security threat,” the minister added.

Two injured as supporters of NDC, NPP clash in Jomoro