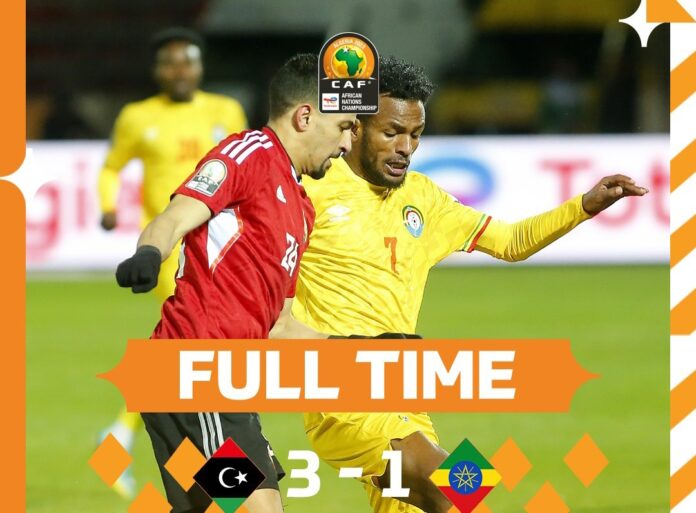 The Mediterranean Knights of Libya dragged The Walia of Ethiopia home with them with a comprehensive win on Saturday evening.

The North Africans whipped the East African side with a 3-1 win to end their campaign with a win after suffering elimination early in the competition.

Gatoch Panom scored the opening goal of the match to the Ethiopians ahead but Ali Abu Arqoub scored a minute to the end of the first half to level matters.

Abdulati Ali Abasi put the Libyans ahead in the game for the first time in the clash five minutes after returning from the break to make it 2-1.

Anis Mohamed Saltou made it 3-1 12 minutes away from the full time whistle to make it 3-1 at the end of the match to hand Libya their first win of the competition.

Both teams exited the competition after the game with Ethiopia finishing last in the group and Libya taking the third place Mozambique joined Algeria to the next stage of the competition.

New Chelsea Signing Mendy Must Outdo Kepa, And Nearly Every Other...