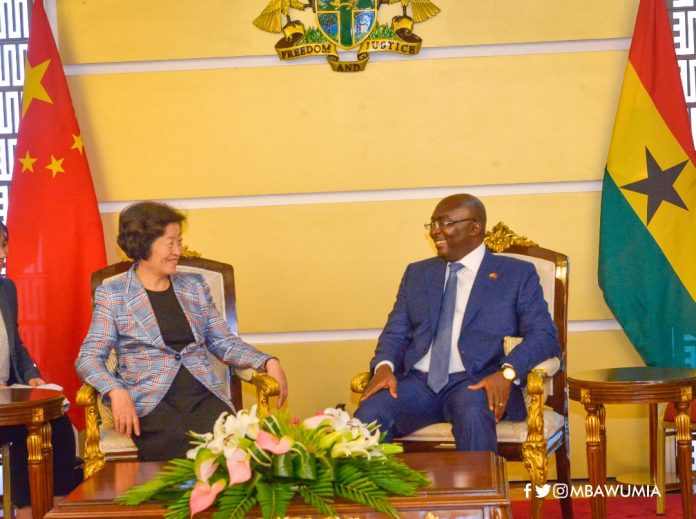 The Chinese government has released phase one of funding for a substantial road construction project in Ghana as part of a $2 billion infrastructure deal which gives Beijing access to the country’s reserves of bauxite — a crucial source of aluminum.

The deal has drawn criticism from environmental activists, political opposition, and international government investment partners, with a new report from risk consultancy EXX Africa highlighting a lack of transparency and increasing threat to debt sustainability.

Projects under phase one have been sanctioned by China Export and Credit Insurance Corporation, known as Sinosure, with six further projects due to be confirmed by year-end.

As part of a memorandum signed between the two nations last year, Beijing will finance $2 billion worth of rail, road and bridge networks, and in exchange, China will be granted access 5% of Ghana’s bauxite reserves.

The $2 billion Master Project Support Agreement (MPSA) would see Chinese state-owned hydropower and construction company Sinohydro gain access to the mineral, and is part of a wider loan facility worth $19 billion. Bauxite is the world’s main source of aluminum.

Beijing sweetened the deal by committing to fund 100 vehicles for the Ghana Police Service and offered a 300 million yuan ($42.7 million) grant and a debt write off of 250 million yuan.

“This is because African governments often lack the will or capacity to ensure the proceeds from mega-projects have the desired trickle-down effect and Chinese investors do not make this a prerequisite of investment,” she added.

A special report published Tuesday by analysts at EXX Africa highlighted several concerns that are absent from the Ghanaian government’s spending plans.

The EXX Africa report highlighted that Ofori-Atta’s spending pledges would increase the budget deficit to 4.7% of GDP in 2020 from 4.5% in 2019. It anticipates that much of the $3 billion debt raising will go towards public sector pay increases and benefits to state employees, along with boosting expenditure in key electoral constituencies.

Ghana has a history of drastic spending hikes during electoral cycles, and this proposed increase comes at a time of slowing economic growth, with output expected to fall from 7.46% in 2019 to 5.61% in 2020 and 4.22% by 2022, according to the IMF.

Meanwhile government debt levels are not expected to fall far below the current level of 63% of GDP over the coming years, exacerbating concerns about debt sustainability in a country which was bailed out by the IMF in 2015 amid chronic budget overruns, and is currently rated as being at high risk of debt distress.

With reliance on overseas development finance increasing, Ghana faces a souring of relations with the U.S. and other investment partners, such as the International Finance Corporation, over a recent contract cancellation involving U.S. government funding to the consortium managing its state power utility. This could further its reliance on Chinese lending.

“The extent to which the loan facility is beneficial depends on the terms of the loans and the way in which the money is invested, neither of which are clear,” Stephens said.

Those comments echoed the EXX Africa study which also criticized the bauxite deal for a lack of transparency.

“The deal risks further undermining the government’s credibility for transparency ahead of the 2020 elections and weaken its debt sustainability outlook,” it added, pointing out that the current NPP government has added almost $10 billion to the national debt since taking office in 2017.

The deal has come under fire from conservationists over its potential impact on the ecosystem of the Atewa forest in southeastern Ghana, which forms part of the Upper Guinean Rainforest.

“There are concerns that this bauxite mine, in the mountainous forestland of Atewa, could pollute three major rivers that originate there — the Densu, Birim and Ayensu — which provide drinking water to three regions of Ghana, including one million people in Accra. The fact that detailed environmental impact studies are not publicly available is a concern,” Stephens said.

The Water Resources Commission has expressed concern over the pollution to these rivers, while the U.S. Forest Service in March provided a technical consultation on Atewa which warned of “potential significant and permanent impact” on the forest reserve and its water source.

A Rio Tinto worker looks at a ship that is loaded with bauxite, the raw material for aluminum, at Rio Tinto’s Weipa operations in Cape York, on the north-eastern tip of Australia March 7, 2019.Melanie Burton | Reuters

The Ghanaian government has played down concerns, but has yet to present compelling evidence to the contrary.

Bawumia last week announced the beginning of work on a Chinese-funded $130 million dollar construction project to upgrade training facilities and equipment at 15 Ghanaian technical universities. However, Stephens cautioned over the involvement of educational funding as a means of developing “soft power.”

“Funding the construction of schools and universities is likely to enable China to exert significant influence over the curriculum at a time when concern is being raised about Chinese investment being used to influence teaching at Western universities,” she told CNBC.

Elections 2020: Patrons of Finishline Gym and Sports Centre in Awoshie...