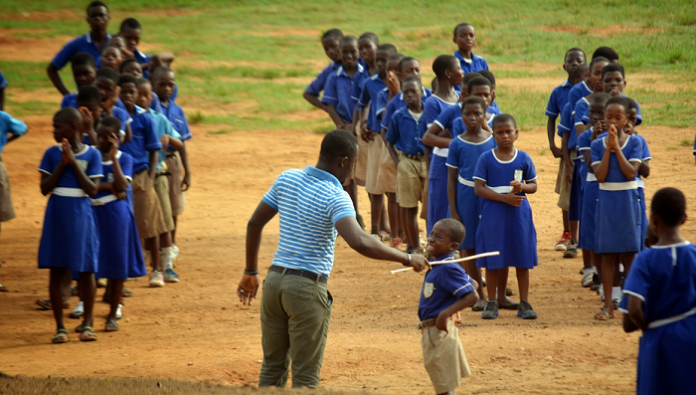 Today, I dredge up some of your buried memories of growing up in Ghana, namely, discipline in the Ghanaian home and every child’s horror: a cane/belt/fan/slipper/anything in the hands of a parent.

Now, to a Ghanaian kid, discipline comes but in one form — a proper whooping, regardless of the instrument. If your mum eyed you slyly while you ‘illegally’ enjoyed a meal of rice and chicken at a neighbor’s house, you’d better lick the plate clean, because you were likely to pay dearly for it on getting home.

If you stayed out playing football longer than allowed and were headed back late at night, it’s best to brace your gluteal muscles for a ‘sting’ operation. Suffice it to say that, in these parts, the Good Book’s ‘spare the rod and spoil the child’ admonition is taken quite literally and seriously, isn’t it?

It never mattered how well-behaved one generally was — and I know that because I was one of the good ones, ask my mom — as even the most respectful kid fell foul at some point and faced the dreaded wrath.

Growing older and looking back on some of those moments, we can’t help but muster a smile. As kids, though, an old-fashioned spanking was no fun, especially if you had a parent like mine who delighted in dangling the threat of a beating over your head long before carrying out the actual ‘execution’.

To illustrate, there was a time when I stayed out too late with my friends and got home well after dark. Reasonably, I expected to be received with a stern face and some strokes of the cane but got neither — not immediately, anyway. Mom flashed a smile and remained calm, suspiciously, even as I took my bath and had dinner. Oh, how I erred in falling for the impression she created that all was well between us!

Only when I was rudely awakened from dreamland later that night — by lashes on my backside — was I reminded of the ‘sin’ committed the night before, but, alas!

Guess who never slept soundly after being naughty again?

Years have passed, and I sincerely thought all of that was water under the bridge… until the past weekend, when, believe it or not, I watched my mum chase out my 34-year-old brother — married with three kids of his own — from her room with a cane, threatening to whoop him for teasing her regarding an errand she had sent him on. Laughing while at it, she ended the chase at her gate, daring him rather amusingly to try re-entering the house. My brother, though, apparently never got the joke — certainly not when that cane was still within mama’s reach!