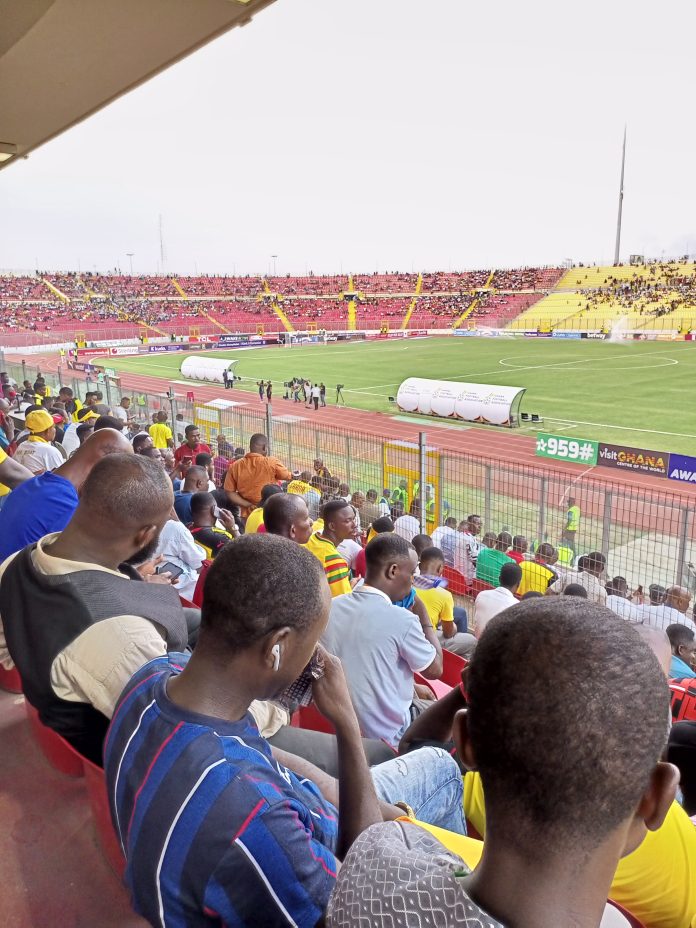 The 2022 FIFA World Cup qualifying first-leg game between Ghana and Nigeria in Kumasi generated the highest amount ever recorded from ticket sales for a national team football game in the country.

This was confirmed by the Director General of the National Sports Authority (NSA), Professor Peter Twumasi.

“This is the highest amount recorded from ticket sales from any national team football match, ever,” the NSA boss is quoted as saying.

Ghana and Nigeria played out an entertaining goalless draw at the Baba Yara Stadium in the first leg of the Qatar 2022 qualifying playoffs.

It was a cagey encounter that saw a defensive masterclass from both teams, but chances were far and few between the strikers on either side.

Over 40,000 fans thronged the Baba Yara Stadium to watch the game, filling the stadium to the rafters in Kumasi.

Meanwhile, Ghana and Nigeria will face off again on Tuesday, March 29, in the second leg at the Mashood Abiola Stadium in Abuja.