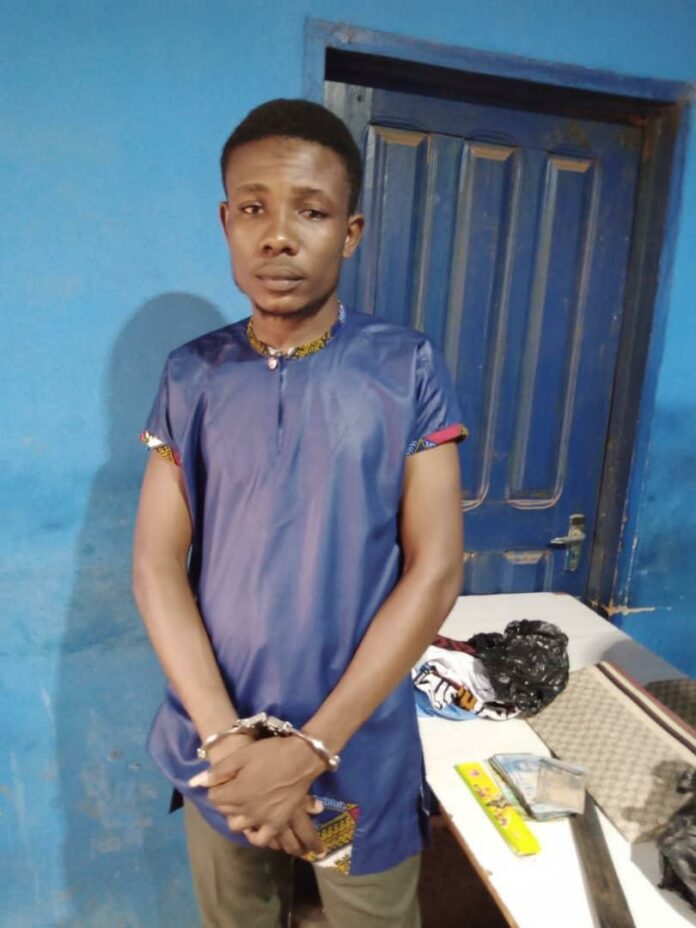 A 23-year-old fashion designer for is in the grips of the Bono Regional Police for attempting to sacrifice his nephew for money rituals at Abesim in the Sunyani Municipality.

The suspect, Benjamin Adjei is expected to face court today, Monday, May 17, 2021, according to a police incident report sighted by dailymailgh.com.

Police say Benjamin allegedly lured the victim Listowel Adjei, 13, into a taxi cab, but luck eluded him when he was arrested at the Abesim-Tano police barrier on Sunyani-Kumasi highway on their way to the shrine upon a tip-off.

He explained that an informant (name withheld) came to the Abesim police station and reported that he received a phone call from the suspect who solicited his assistance to see a ritualist to help him to sacrifice his nephew for money rituals couple of weeks ago.

“On Saturday May 15, the informant informed the police the suspect had succeeded and lured his nephew into a taxi cab ready to convey him to the place for the rituals”.

“So the police laid ambush at Abesim-Tanoso barrier and arrested the suspect”, D/Sgt Lartey indicated, adding a hand bag containing one big cutlass, a knife, red calico, a big pot, quantities of cola nuts, cowries and a sum of GH₵300.00 was retrieved from him.