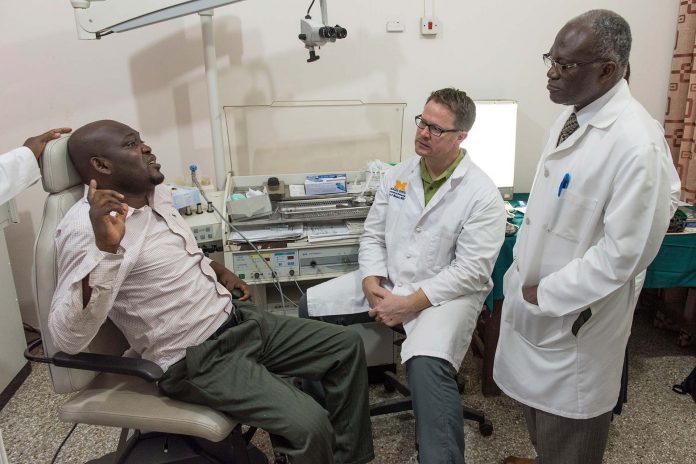 Covid-19 frontline workers in Ghana will continue to receive the additional 50% of their basic salaries in the next three months, President Akufo-Addo said on Sunday.

The government, has also extended by three more months incentives for health workers instituted in March this year in the wake of the Coronavirus outbreak.

The incentives, announced during his 5th address to the nation, was initially for April, May and June.

However, the President has announced that the incentives will be extended by three months to cover July, August and September.

These incentives include scrapping of income tax on salaries and 50 percent basic salary bonus to all frontline health workers and insurance package.

He made this known in his 13th address to the nation on COVID-19 fight by the country.

“I am happy to announce that I have decided to extend the incentive package for health workers by another three (3) months. This means that all health workers will pay no income taxes for the next three months, i.e. July, August and September.

“Again, all frontline health workers, as defined by the Ministry of Health, will continue to receive the additional allowance of fifty percent (50%) of their basic salary per month, i.e. for July, August and September”, the President said.

The implementation of the directive for the months of April, May and June had been fraught with some challenges, caused, mainly, by the protracted discussions over the definition of who qualifies as a “frontline health worker”.

But commenting on the matter however, the President said: “I have, however, been assured that they have now been resolved, and payments will be effected from the end of June. I should reiterate that the insurance package for health workers is still in place.”

President Akufo-Addo also called on all health workers to remain professional and compassionate as they continue to carry out their duties to help safe lifes.

“Whilst we appreciate the efforts of our health workers, I continue to urge them to remain professional and compassionate. Every avoidable death, be it corona-related or not, is a tragedy” the President noted.