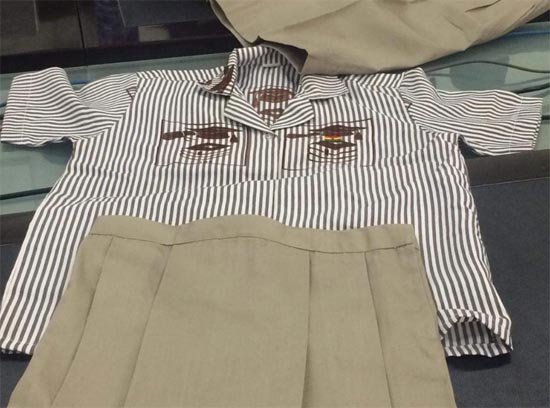 The Ghana Education Service (GES) has refuted claims by the Textiles Workers Union that government had imported its new school uniform for Junior High Schools.

The education management body says it has not awarded any contract to any local or foreign firm to bring the fabric into the country.

Concerns have been raised by Ghanaian Textile Workers about alleged importation of the new uniforms introduced by the GES in the next academic year.

The workers had argued that the action makes no sense.

The Ghana Education Service, however, says the allegations are baseless and must be treated with the contempt it deserves.

The statement added: “The GES wishes to state that it has not imported, neither has it contracted any individual, locally or internationally to bring in the new uniform for Junior High Schools”.

Like the existing uniform, the GES also reiterated that the new uniform is not compulsory and that it could be procured in the open market.

“The Director-General urges parents to access these clothes from the open market as it has been the case with the current uniform. It must be noted that the school uniform is not compulsory. It will be phased out over a period and no student will be prevented from attending school when the 2019/2020 academic year begins in September”

General Secretary of the Textiles Workers Union, Abraham Koomson, in an interview said that the alleged importation defeats government’s message of creating jobs for the youth, especially when foreign firms are engaged in the production of the uniforms.

“It is difficult to understand why the government will encourage the importation of school uniform. This has never happened before. Government has never sanctioned the importation of school uniform. We are even fighting the piracy of African prints because that has been a problem which has virtually collapsed the local manufacturing industries. This is madness, we cannot understand. It’s madness. Is this the government who wants to encourage investors to create jobs to solve the unemployment in this country”, he quizzed.

The new uniform, which was introduced in April this year, has been met with criticism as some said it was a misplaced priority and an unnecessary economic burden on parents.

The cost of the uniforms will be borne by parents though the government says it will cater to students in deprived areas in line with existing arrangements.