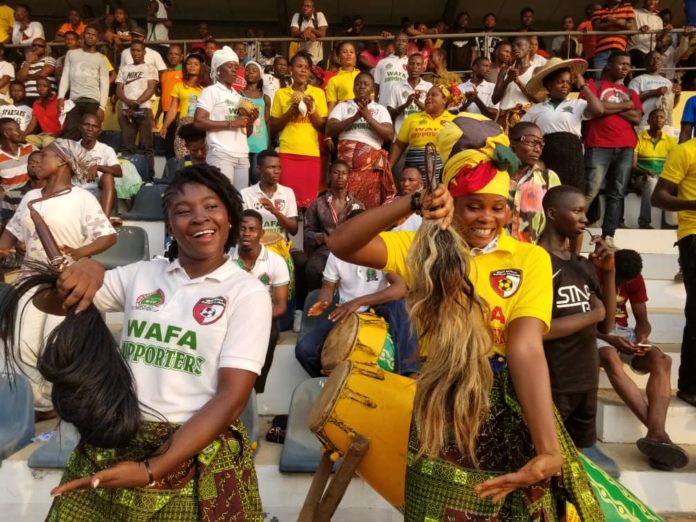 President of WAFA Supporters Union (WASU), Mr. Yohanes Hadzor Nugbe has debunked claims that WAFA management is not giving opportunities to players from Volta Region as well as not helping to develop sports in the Region.

The WASU president in an interview with Dailymailgh.com advised the people of Volta Region to stop the blame game and find amicable resolutions to the challenges hindering sports development in the region.

“I think we should all come together to find out how best we can develop football in the region rather than making unfortunate and false claims so we can all help raise the standard of football development in our various communities in the region”, he said.

Mr. Nugbe continued by taking the chance to educate the people of Volta on football matters outlining the various challenges hindering the development of sports in the region as well as providing some possible interventions that WAFA is ever ready to implement if only authorities of football in the region and fans are ready to understand and work with the right system and structures toward sports development.

“There are so many challenges in Volta region concerning sports and WAFA is always ready to open its gates to help develop the game but certain procedures most be considered and followed to ensure that football in Volta rise to the next level”, he noted.

The WASU president went ahead to reveal the real challenges faced by football administrators in the region.

The challenges faced by football people in the region according to the WASU are as follows:

The President of the only Premier League outfit in the region also had a word of advise for football people in the region.

“We must all come together under one umbrella if we want the game to develop in our part of the country and also organizing workshops for the administrators across the region on either quarterly or six months basis would help raise the stakes of football in the region and all must support WAFA in other to keep raising the banner of the ragion high “, he stated.