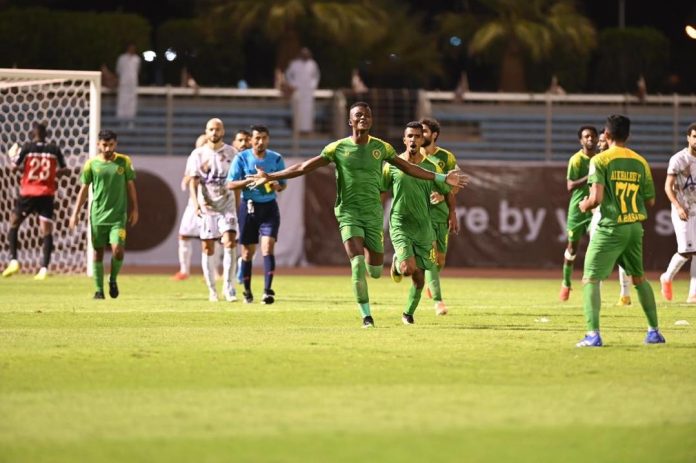 Sarfo, an ex-police officer, played the entire duration of the game, and delighted the away fans with a formidable performance.

Sarfo netted his first goal in the 44th minute after rising highest to head home the goal from a corner kick.

His goal was the second on the night for Al Khaleej before adding to his tally with another headed goal from another corner kick in the 83rd minute to make it his third of the season.

Al Jabalain got a consolation goal late in the game with just a minute left to play, handing the away team their first victory in the league season after three games.