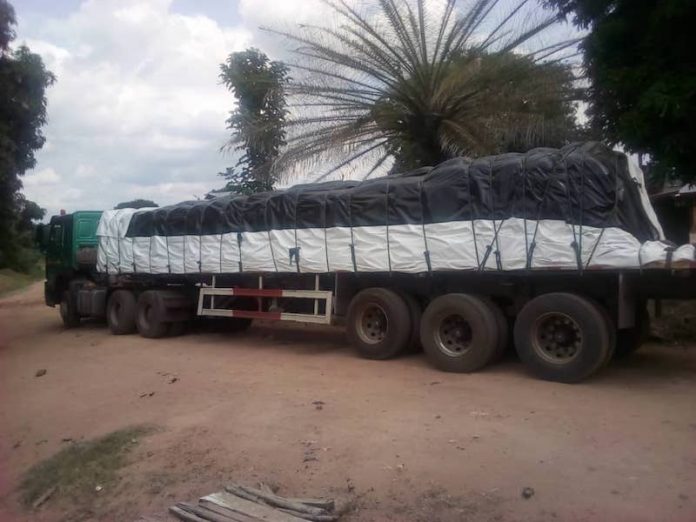 Police have arrested six persons for allegedly smuggling 4,000 bags of fertiliser meant for the Ghana government’s Planting for Food and Jobs programme at Ogorme, a suburb of Somanya, Eastern region.

The fertilisers are believed to be meant for cocoa farmers in Samreboi in the Western Region.

Police have since detained the suspects as investigations begin.

This comes three weeks after the Ghana Immigration Service (GIS) revealed that six of its Border Patrol Officers refused to accept a GHS25,000 bribe from some smugglers and arrested two truckloads of smuggled fertilisers diverted from the same programme in the Upper West Region to be sold in neighbouring Burkina Faso.

A total of 1,950 bags were retrieved from the trucks en route to Burkina Faso via the Fielmo unapproved route in the Sissala West District.

The truck was intercepted upon a tipoff.

At a gathering last week, President Nana Addo Dankwa Akufo-Addo said his government will deal with anyone who tries to smuggle to neighbouring countries, the subsidised fertilisers meant to boost food production.

He noted, it has become a worrying trend that anytime something good is happening in the country, there are “always a few greedy people who try to sabotage it for their own personal interest.”

The President said some saboteurs have been at work to undermine the Planting for Food and Job programme since it was launched in August 2017.