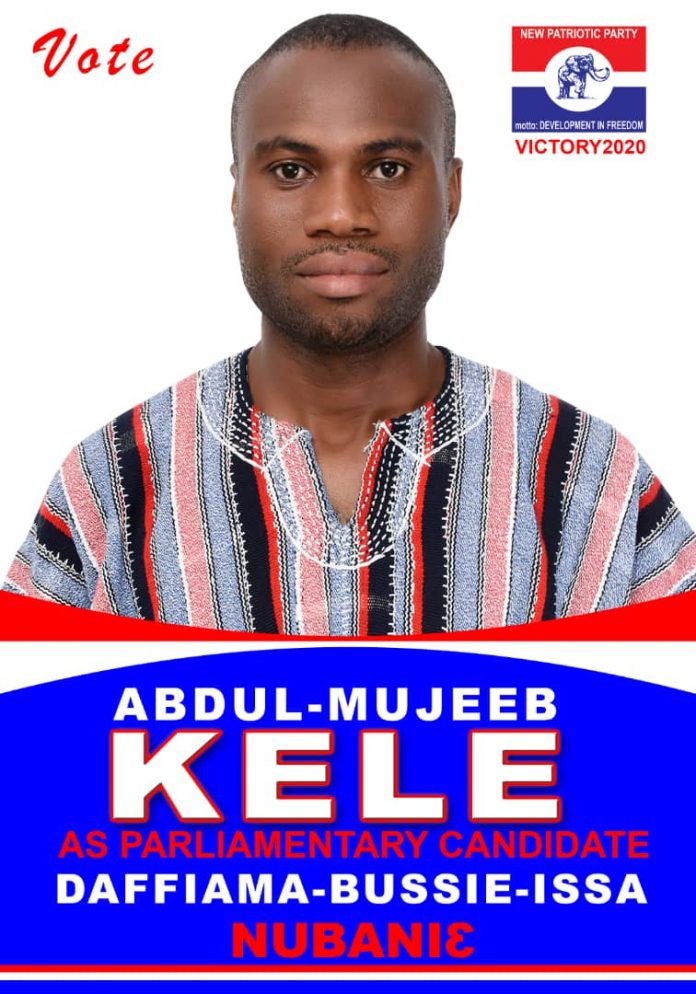 African history is replete with inspirational examples which certify that at various stages of strife, young men and women surmounted odds to liberate their societies, to hoist the national colours of their countries and most profoundly to project the continent as an Africa of consciousness that had woken up to the reality of its ability to manage its affairs.

In one of his high octane lectures, the venerable Prof P L O Lumumba aptly captures this spirit of youth relevance in nation building by stating that “any society that does not pay attention to its youth is a society adrift, a giant headed to the rocks”. In his estimation, at critical times in civilization, it is young men who have risen and provoked the consciousness that society can only grow and transform by the sweat of its young men.

A glance through statistics reveals that in the 2012 general elections, the NDC garnered 67.2% while the New Patriotic Party (NPP) miserably bagged 27.2% in the presidential elections, with parliamentary tussle going the way of the NDC candidate who secured 55% of voter approval against a walloped NPP candidate who secured 37%. The 2016 elections equally saw a marauding NDC trample on a wonky NPP through a 67.92% voter acceptance against a 29.91% in the presidential elections while in the parliamentary elections, the NDC candidate polled 64% approval rating, with the NPP candidate crash landing with 36%. These electoral statistics simply establish that the NDC’s justifiable gloating hinged on its electoral successes in the constituency is expectable.

On the backdrop of such glaring dominance by the NDC and proven loyalty of the people, one would have envisaged that the plight of the people in tackling poverty, accessing better health care, unemployment and general wellbeing would be the prime interest and pre-occupation of the pampered NDC and its gleeful marshals who are given the rare opportunity to represent the noble and industrious people in parliament. However, the continuous helplessness, distress and general sense of misery which continue to plague the people and compel most of the youth to depart and seek survival through galamsey (illegal mining) make conscious minds quiver with trepidation.

The 2010 population and housing census shows that the private sector remains the largest employer in the constituency, with 86.6% of households engaged in subsistence agriculture all these years without any well-articulated and impactful policy intervention or blue print by the NDC and its representatives to holistically support the survival efforts of the people or better still make the endeavour attractive in order to address the 1.8% unemployment spectacle, retain youth in the constituency and increase the disposable incomes of households.

From the forgoing, it is crystal clear that there has been a total disconnect between the overwhelming support the NDC and its lieutenants continue to enjoy from the people in terms of loyalty and the peoples’ own aspirations, dreams and critical concerns which support life. This brazen travesty visited on the people of the constituency pricks the consciousness of some youth to rise and liberate the society and bring about Uhuru. A paradigm shift that will embrace representation that reflects people centredness beyond rhetoric of a convoluted ideology and bring relief and fulfilment to the people is of essence.

Giulio Andreotti, a once upon a time Italian prime minister and statesman once said “in politics, sunny days and rainy days can change quickly”. Taking cue from this and political developments of times past, the NPP surely doesn’t need a retreat at aqua safari resort to come to terms with the fact that despite the political history of the constituency, politics is ruled by minds and minds are susceptible to change, given compelling considerations. On the premise of its translated people centered policies, especially in the area of farming and education, the NPP is well grounded to turn its sunny days into rainy days in the scheme of political power control in the constituency.

It is imperative to state that meaningful development can be guaranteed not only by opting for the NPP but also electing a parliamentary representative within its fold in order to achieve the necessary consolidation needed to herald the process of transformation. Defeat suffered by the party in 2016 provides a solid learning curve that should occasion introspection and reflection on the party’s general appeal and quality of its parliamentary candidate.

While the party failed to market itself well by way of clearly defined campaign strategies, the elections exposed an NPP candidate who didn’t exude grassroots traits and for that matter, didn’t have the connection to articulate his vision well. Limited knowledge on the inclinations of the candidate as a true grassroots man among the youth simply gave him a false start to the race. Constituting a campaign team with most members not being residents of the constituency and therefore couldn’t assimilate the real needs of the constituency, in order to stage a potent campaign simply gave the candidate away as a ‘stranger’ who was staking a claim not due him.

As the NPP seeks an individual with these traits sometime in the offing, fate beckons as Abdul-Mujeeb Kele comes alive with a call to serve and bring the elusive glory days of the party to an end, while offering selfless and dedicated leadership that has equally eluded the constituency for aeons.

As a young man in his prime, Abdul- Mujeeb Kele typifies a proactive mentality that is so conscious about the progress and development of his community and constituency. Born into a family with Danquah – Busia leanings, a bloomy Abdul- Mujeeb had appreciation of the underpinnings of the tradition at a time when the New Patriotic Party was sprouting and gaining roots after turbulent regimes had come and gone. With a father who availed him to party activism and also had good standing as a founding member of the Danquah-Busia club, Mujeeb imbibed the ethos that defines true patriots during his formative years. Expectantly, these experiences have shaped him into a progressive young man with the depth of a dolphin, the understanding of a wise man, the patience of a hunter and the fortitude of a natural leader.

With all the grooming, experiences and characteristics of a would be leader, the industrious young man would cut his political teeth in 2015, when he contested in the primaries of the party in the DBI constituency. The elections unveiled a man with limitless potential, yet saddled with resource constraint to effectively stage a successful campaign. Given the sophistication of elections in recent times, the lack of financial muscle to uplift his quest simply derailed a well fought campaign. Though glimpses of certain fall outs in strategy and positioning appeared in the scheme of things, they simply revealed a confident young man who in all humility was prepared to face the unknown and learn the ropes of politics.

The critical, brilliant, reassuring and all-inclusive concession speech delivered after the dust had settled on the engaging encounter did not only set an enviable tone for reinvigorating spirits and regrouping towards the general elections at the time, but also reflected a solid exhibition of political maturity by a man who had indeed learnt the ropes of politics faster than anticipated. Days will pass and months will come after and a belligerent Mujeeb who holds party interest supreme at all times continue to play a pivotal role as a campaign team member towards consolidating a base ahead of the general elections in 2016.Could there have been a better way to show selflessness for a collective cause?

Elections came and though the DBI parliamentary seat eluded the NPP yet again, an NPP victory brought with it, a rush by young men and women to be part of the executive in one way or the other at the peril of political party reorganization that gives a life line to stronger grassroots base for future electoral duels, while complementing government with the business of governance. While some take party activity to be a seasonal affair and hardly expend energy in line with party activities, especially when the party forms a government, Mujeeb Kele’s appreciation of party is embedded in the very tradition that gives the NPP its unique identity in our body politic. Just like traditions, Mujeeb believes that being proactive in line with party work is not a seasonal engagement but a deliberate conscious effort hinged on tested loyalty traits.

To this end, a careful consideration of his political party activism from 2012 as a campaign coordinator in the DBI constituency, parliamentary candidate aspirant in 2015, D-Day coordidator-Nadowli-Kaleo constituency in 2016, Campaign team member in 2016 (Daffiama-Busie-Constituency), Communication team member since 2012 to Chairman of the vetting committee in the Wa central constituency executive elections firmly establish him as a true party icon with the industry and grassroots connection which put him in pole position to bring success to the party in the constituency. In addition, faith and confidence reposed in him by the party and its elders at different times and in various capacities simply underscore his quality and acumen, which solidify his reputation as a fully bloomed servant leader bidding his time.

Away from the political arena, Abdul – Mujeeb’s professional life as a public servant equips him with first-hand experience in administration and management. He comes to the ticket as a seasoned professional with valuable knowledge and expertise in managing people and their needs. The professional angle coupled with a firm background in communication and legal training present him as complete personality with the repertoire to connect, relate and have an over bearing influence on the masses towards electoral glory that has been a mirage for the party thus far. It is also worth stating that within professional circles, he has played critical leadership roles which have imbued him with assorted leadership capabilities much sort after to aid effective mobilization, engineering and fostering of a paradigm shift of political leadership in the DBI constituency.

Soon, when the party goes for its primaries ahead of the 2020 general elections, let DBI NPP send a strong statement of intent, that the hour has arrived and Abdul-Mujeeb Kele is the real deal to break the jinx and deliver glory to the elephant fraternity.

Soon, when the party heads to take a decision, let all ‘kukurudites’ in the DBI constituency pause and reflect. Let us gauge and take a decision; a decision of potential impact, not a decision to complete the electoral process.

Soon, when Daffiama-Busie-Issa NPP convenes, let us set our gaze on the conscious young man with the drive to push beyond boundaries and paint DBI in red, white and blue when elections are set upon us.

Soon and very soon when DBI NPP is entrusted with an opportunity for redemption of its electoral fortunes, let us get it right by investing our energies, resources and votes in Abdul- Mujeeb Kele in an hour when fate beckons and a young man heeds a call to serve.