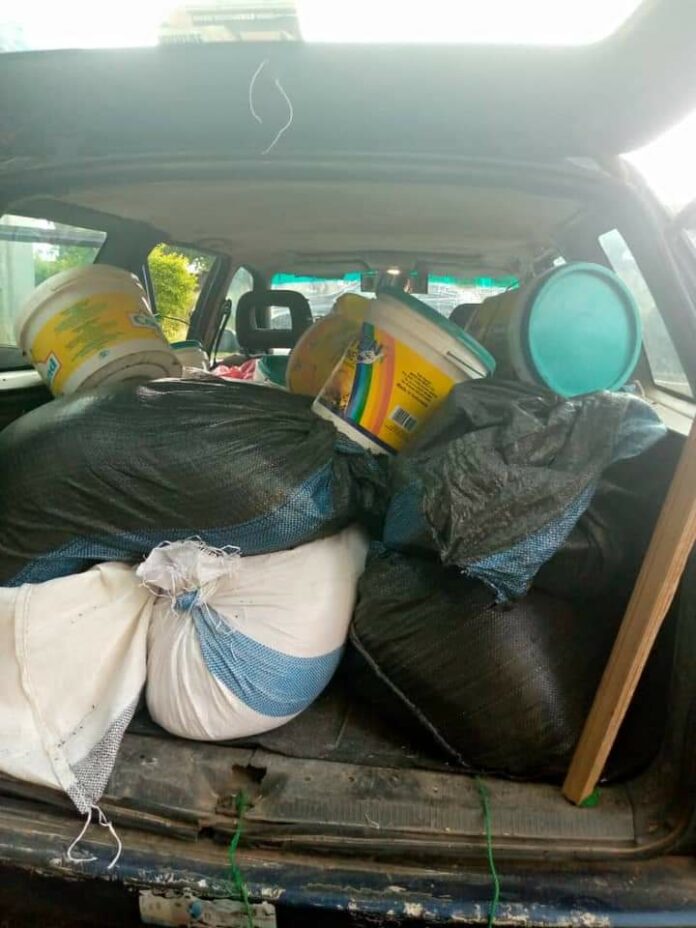 A full blown investigations have started into conduct of the matron of the St. Paul’s Technical School and a taxi driver, who were allegedly caught transporting stolen food items from the school.

The action by the staff of the school on Sunday, May 30, created chaotic scenes in the school located in the Akyem Kukurantumi in the Abuakwa North Municipality of the Eastern Region.

Some students went on rampage and impounded a taxi cab being used by the matron of the school to allegedly transport food they claimed had been stolen from the school’s pantry.

The police proceeded to the school and offloaded the alleged stolen food items, including nine buckets of groundnut paste, one bag of millet and four boxes of canned tomatoes, among other things.

The Eastern Regional Public Relations Officer (P.R.O) of the GES told Citi News the Service has launched an enquiry into the matter as it awaits the outcome of the Police investigations.

“Indeed, there was some kind of misbehaviour out there. It seems as though the food items were being taken out of the school by the kitchen staff when some of the students saw it and raised the alarm.”

“GES, on its part, will take this through their service enquiry, whilst the Police also investigates the matter. We are hoping to get the report by tomorrow [Tuesday].”

This development comes after the Criminal Investigations Department (CID) of the Ghana Police Service, said it was investigating 53 Senior High Schools in the Ashanti Region over alleged corruption in the implementation of the School Feeding Programme under the Free Senior High School policy.

Management of the GES wrote to the Ashanti Regional Directorate to ensure that all school heads and other officials cooperate with the ongoing investigations.

Lecturers in Ghana’s varsities now allowed to teach until 70