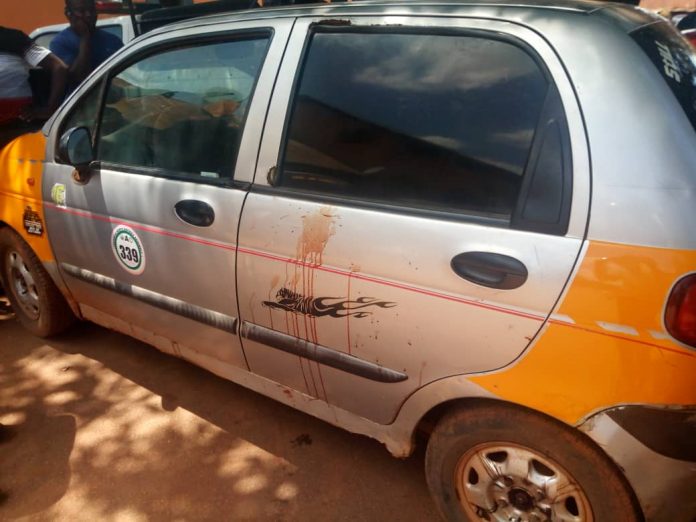 An investigation is underway after a man’s body was found at the outskirts of Suworo, a farming community near Nkawkaw in the Eastern Region.

The man is understood to have been stabbed multiple times and police are treating his death as murder.

He has been identified as a 45-year-old Yaw Asiedu, a taxi driver from Sewuro in the Kwahu East District Assembly.

Police responded to reports at around 12:30 a.m. Wednesday that some armed men had besieged the town robbing persons of their valuables.

The robbers had fled when police arrived at the scene. The deceased was spotted lying beside his vehicle with multiple stab wounds around his body.

The vehicle was also stained with blood indicating that the deceased may have struggled with the armed gang.

A family member of the deceased Kofi Osei has described the situation as a terrible loss. He wants police to intensify investigations to arrest the suspects.

“I was called by my sister that my son has been killed. I asked whether he was involved in an accident but I was told he was murdered by unknown assailants”, explained Kofi Osei, who is not ruling out foul play.

The lifeless body of the deceased has been sent to a government hospital morgue pending autopsy. His vehicle has since been impounded as part of police investigations.

Residents, who are in a state of fear have bemoaned the increasing spate of armed robbery incidents in the area.

They are calling on authorities to install a police post to help maintain law and order in the community.

The robbers were said to have fled from Tarkwa in the Western Region after they succeeded in robbing a known mining firm in the area.

The robbers, who were on a vehicle with their booty were arrested after they were given a hot chase by the police.

Personal effects including laptops, mobile phones, and unspecified amounts of money were retrieved from the robbers.

The three, according to the police will be transferred to Tarkwa on Thursday and will soon be arraigned.