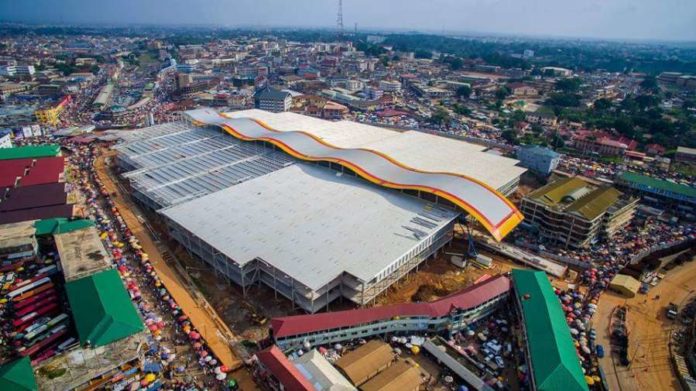 Authorities have restored electricity supply to the new Kejetia Market.

The market was plunged into darkness on Wednesday, when officers from the Electricity Company of Ghana (ECG) stormed the facility during its mass disconnection exercise over unpaid bills.

But for an intervention by the new Metropolitan Chief Executive for Kumasi, Samuel Pyne, the market would have been shutdown the next day.

The traders have for sometime now called for meters for each shop after complains of overpricing of electricity bills. They had asked their members to cease payment of the bills until managers in protest against managers of the facility.

Speaking to the media on Thursday, leadership of the traders’ union affirmed their earlier stands after it emerged a meeting with city authorities ended inconclusively.

Chairman of the Kejetia Market Traders Association, Eric Nana Prempeh said: “From the outcome of today’s meeting our directive still stands. We ain’t paying any bills yet but we gave the Mayor our word that when a contact [to install meters for each market] is signed we will urge our members to pay the bills in full”.

Meanwhile, a source says the City Market managers of the facility have been issued a five day ultimatum to settle their arrears.

Its manager Edmund Kofi Duffour Addae is appealing to the traders to rescind their decision not to pay the bills as the market risks shutting down if there is no money to run it.

He assured that the board will meet to approve a contract for new meters.

“In principle, the board has agreed. It is a matter of doing some due diligence and getting information and understanding from the ECG.”

“Bills up to the end of April which have been outstanding are a little over GH¢700,000 and from May to the end of September, it is about GH¢55.7 million. That is huge, and we have been paying for this for a while, but we can’t pay any longer,” Mr. Addae said.