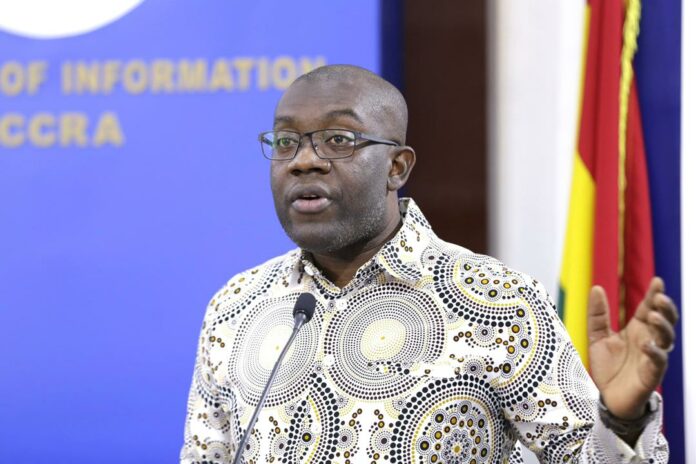 The ruling New Patriotic Party (NPP) has downplayed projections made by the Economist Intelligence Unit (EIU) on their expectation that the opposition NDC will win the 2024 polls.

Information Minister, Kojo Oppong-Nkrumah who was reacting to the firm’s latest report said the government is rather bent on improving the lives of Ghanaians between now and 2024, a feat he says will retain the ruling party in the next elections.

Speaking at a press conference in Accra on Sunday March 21, 2021, the Minister noted that the report only serves as a “guiding note” and must be treated as such. He said the prediction made by the UK-based research institution is informed by the eight years change of government between the NPP and NDC.

“We are very much aware of this tendency but we believe that this whole thing where every eight years even when the country is making progress and power changes hands, it is something that can actually set us back. That is why this administration intends to work very hard to retain the confidence of the people by the time that our second term mandate is done. So that we can break the eight years cycle.

“So, it will ordinarily be a risk but it is phenomenon that we are akin to break and this expectation that every eight years power changes hands, which is what is informing what they have put out there, is one that we intend to break,” the Minister added.

Touching on the ways government intends to transform the lives of Ghanaians, the Minister emphasized that the ruling administration seeks to re-engineer a recovery of the economy from where it is now, getting the economy back on growth trajectory, creation of jobs, and transforming the general outlook of the economy.