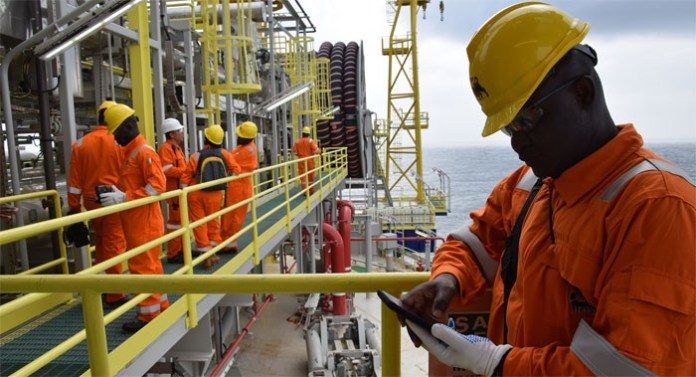 Eni has announced a gas and condensate discovery in offshore Ghana.

The well, drilled on the Akoma exploration prospect, proved an estimated volume between 550 and 650 billion cubic feet of gas and 18-20 mmbbl of condensate.

The discovery has further additional upside for gas and oil that will require further drilling to be confirmed. The exploration well Akoma – 1X is located approximately 50 kilometers off the coast and about 12 km north-west from Sankofa hub, where the John Agyekum Kufuor FPSO is located.

“The well was drilled by the Maersk Voyager drilling ship in a water depth of 350 meters and reached a total depth of 3790 meters. Akoma – 1X proved a single gas and condensate column in a 20 m thick sandstone reservoir interval of cenomanian age with good petrophysical properties and with hydrocarbon down to.

“Akoma – 1X is the first well drilled in CTP-Block 4 and represents a discovery of a potentially commercial nature, due to its close distance to the existing infrastructures. The discovery can be put in production with a subsea tie to the FPSO with the aim to extend its production plateau,” a statement from Eni said.

Ghana is among the key countries for Eni’s organic growth. The company has been present in the country since 2009 and accounts currently a gross production of about 60,000 barrels of oil equivalent per day.

World Bank approves $250 mln for Ghana to set up development...