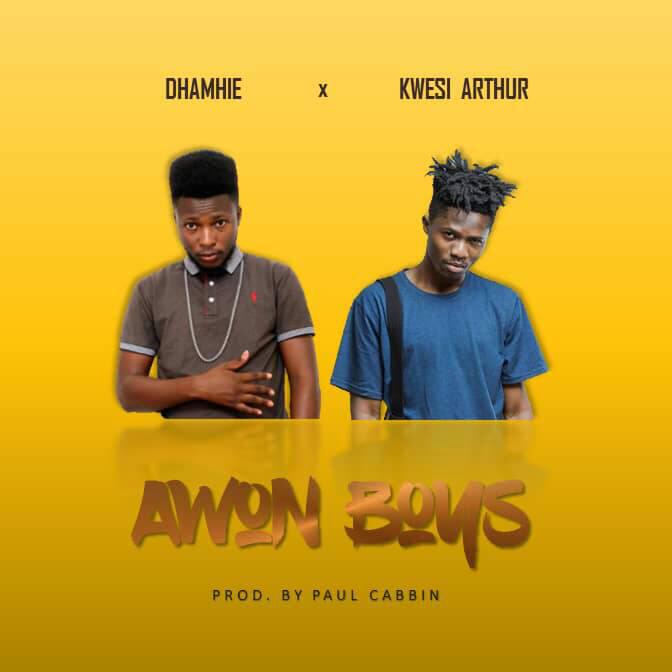 ‘Awon Boys’ is a hip-hop song that talks about the struggles both rappers faced in life, and how they hope to overcome these hurdles with the music.

According to Dhamie, the song was recorded sometime back, but still sounds fresh and tells the story of both acts presently.

He said he hopes the stories told would resonate well with and motivate the youth adding that he believes there are people out there who can relate well with the song from now till many decades to come.

In the song, both rappers displayed lyrical dexterity coupled with a perfect arrangement of lyrics that balanced well on the Paul Cabbin (USA) produced instrumental.

Awon Boys was mixed and mastered by Tema-based King One Beats, and is available on all digital stores including Itunes, Apple Music, Spotify, Tidal, Deezer, amongst others.

Dhamie released his debut single ‘Bless the Boy’ in January, and has received positive responses. He hopes this new song will help him confirm his talent to music lovers who have been waiting to hear something new.

Dhamie officially out-doored his brand to the public with an exposure party held a week ago.

The event was two-in one as the singer-cum-rapper held a listening session for the long-awaited collaboration with Kwesi Arthur.

The event which took place in Achimota drew a huge crowd who came to witness the introduction of a rare gem into the Ghanaian music scene.

The show was fun-packed as upcoming acts like Sidika, Benson Lution and D Lovers graced the stage before the ultimate performance of the night came. Patrons were thrilled and promised to uphold Dhamie until he reaches the pinnacle.

According to Dhamie, the event was part of the plan to usher him into the industry, adding that there were other activities coming up in the future.