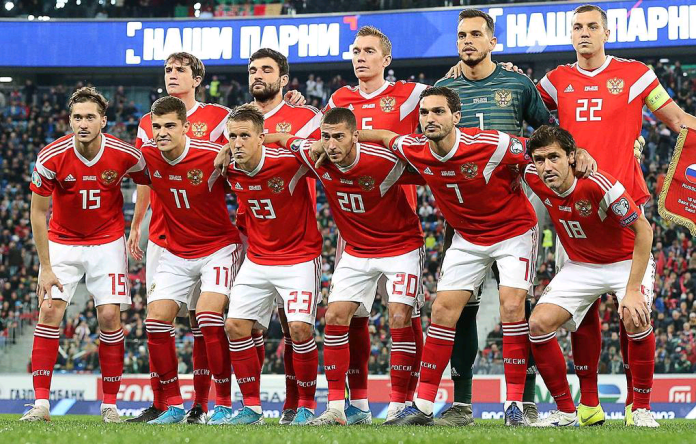 FIFA is set to ban Russia from international football, including the World Cup, until further notice.

The football governing body is acting after Russian president Vladimir Putin launched a full-scale invasion of Ukraine across land, air and sea.

Other organisations have made moves to render Russia a sporting and cultural pariah as punishment for Putin’s assault on Ukraine. The UEFA Champions League final in May was switched from St. Petersburg to Paris, and the Formula 1 Grand Prix scheduled for September in Sochi was cancelled, while Russia was also told it cannot participate in this year’s Eurovision Song Contest.

Now Russia is set to miss out on a place at the 2022 World Cup in Qatar this November with FIFA and UEFA collaborating on plans to banish the country from international football for the foreseeable future. A joint announcement from both organisations is expected later on Monday.

Russia had been scheduled to contest a play-off against Poland in World Cup qualifying on 24 March but the Polish FA, in conjunction with its Swedish and Czech counterparts, had informed FIFA it would refuse to participate in the tie. Sweden and the Czech Republic were potential opponents for Russia had they beaten the Polish.

FIFA originally sought to resolve the situation by barring the Russian national team from playing home soil, and forcing it to compete under the name ‘Football Union of Russia’, with matches held at neutral venues without supporters and displays of the Russian flag and use of its national anthem banned.

That decision led to backlash, though, and football associations including those of England and Ireland made public statements making clear their refusal to play matches against Russia.

Now, though, no boycott with be necessary. FIFA’s relationship with Russia has come under increasing scrutiny, with president Gianni Infantino being criticised for his perceived friendly relationship with Putin, who awarded Infantino an Order of Friendship medal after the 2018 World Cup was held in Russia.

The ban is set to include all Russian national teams, including the men’s, women’s, and youth squads. Russia could potentially appeal the decision at the Court of Arbitration for Sport.