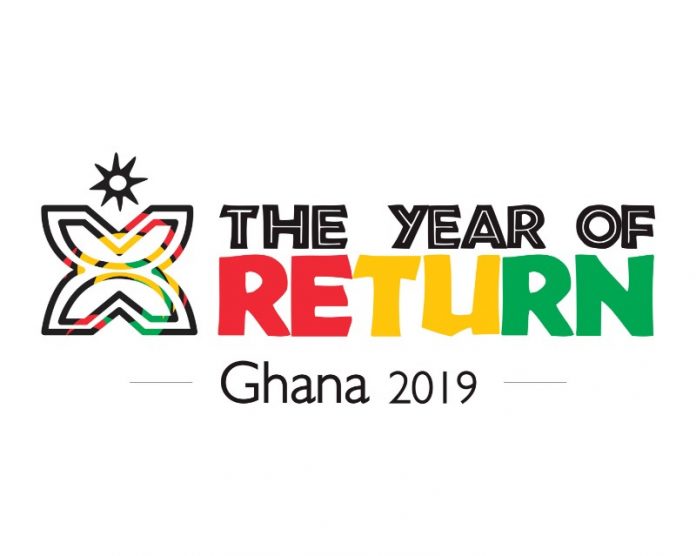 Four hundred years after the first enslaved Africans arrived on American shores, Ghana has marked 2019 as a ‘Year of Return’ to celebrate “the cumulative resilience of all the victims of the Trans-Atlantic Slave Trade who were scattered and displaced through the world in North America, South America, the Caribbean, Europe and Asia.”

The campaign also aims “to position Ghana as a key travel destination for African Americans and the African Diaspora,” and to guide prospective ‘returnees’ when they do come around, Daily Mail GH highlights five sites that could be visited to really grasp the history of the slave trade.

It may only be one of several ‘slave castles’ built in the Gold Coast (as modern-day Ghana was formerly called), but the Cape Coast Castle is arguably the best known of the lot. While it once had notoriety for a significant role played in the obnoxious Trans-Atlantic Slave Trade — complete with its many dungeons and the so-called ‘door of no return’ — the castle is now deemed an unmissable feature of any tour of these parts. And with the haunting tales of old masked by the fortress’ whitewashed walls, be prepared to shed a tear or two.

Also located in Ghana’s Central Region, the Elmina Castle has its own place of infamy on the slavery route that took many Africans across the Atlantic in the most inhumane of conditions. Like its cousin in Cape Coast, the Elmina Castle stands elevated in a coat of white, looks out to the sea, and is an enduring reminder to foreign visitors of African origin about just what their enslaved ancestors suffered centuries ago.

Decades of prestige spent as the national seat of government pre- and post-Independence has done little to erase the Osu Castle’s past as a place where many slaves were held just before being hauled to the Americas for lives in enforced servitude. That reputation was partly why, sometime in the noughties, the castle lost its aforementioned palatial status, but the relevance of the edifice — originally built in the mid-1600s and named Fort Christiansborg — is hardly lost on anyone who visits.

We move a little deeper into the land, with Assin Manso and Bono Manso as destinations. These days, both towns have been reduced to mere footnotes in the ugly annals of slavery, but they were hitherto quite prominent as sites where slaves bound for the coastal castles/forts and the cruel life that lay beyond were readied and marketed. At Assin Manso, there is the ‘slave river’ to be seen, while little survives of the market that once thrived at Bono Manso. For a piece of history, though, neither can be omitted on any tour.

For slavery’s many victims, the journey begun on the Ghanaian coast, but it was really in the northern parts of the country — from where a sizable number of captives were dragged into the unknown — that the very first steps were taken: enter the Salaga Slave Market. Not much remains of the market itself these days — aside a latter-day baobab tree and a signpost whose legs, according to a Graphic Online article from 2016, stand “crooked” — but there is a slave cemetery, a slave warehouse, drinking wells (inspiration for fictional writer Ayesha Harruna Attah’s latest novel) and other relics of an era that appears to have been buried under the sands of time. If you do make it as far up as Salaga, dear returnee, it really would be worth your while.