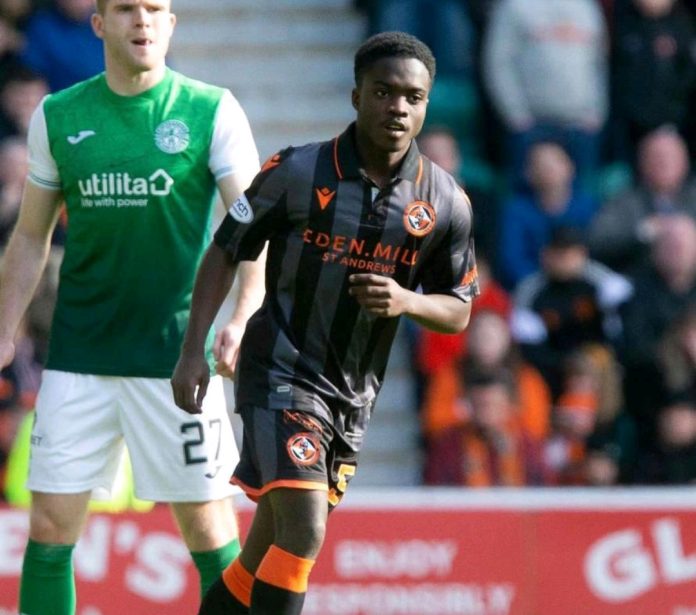 The former Black Satellites player was a second half substitute as he came on in the 79th minute as as his side secured a 1-1 draw at Easter Road Stadium against a very tough opponent.

The Dundee United match report read: ”The introduction of Mathew Anim-Cudjoe seemed to spark life into the attack and Arab contingent behind the goal, the Ghanaian’s entry to the pitch greeted with a loud cheer along with his first touch in a United shirt.

”Anim-Cudjoe went for the near-post in the 89th minute after dancing inside Newell but the ball skidded into the side-netting.”

The 18-year-old versatile forward hit the side netting in the game at the end of the match.

He formerly played for Legon Cities FC in the Ghana Premier League during the 2020-21 season.

The youngster was on German giants FC Bayern München’s radars and was even invited for a trials.