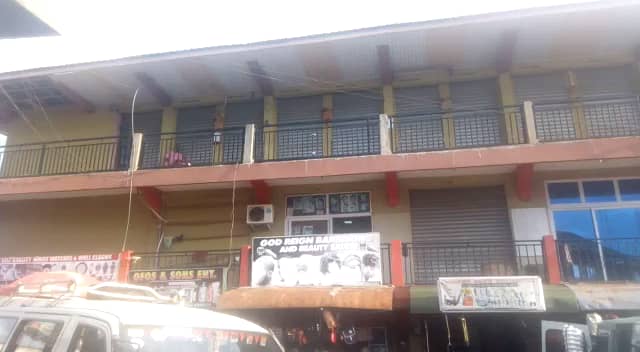 Foreign traders at the Suame market in Ghana’s Kumasi are seeking police protection after many of their shops were attacked on Wednesday.

This came after scores of the Ghana Union Traders Association (GUTA) demanded closure of all retail shops belonging to foreigners at the enclave.

The members besieged shops particularly belonging to Nigerian traders and forcibly evicted them —in protest of government’s failure to rid the market of foreign traders in the retail market despite appeals.

Citing the closure of the Nigerian border to protect its country from smuggling of goods, GUTA says they will not tolerate the foreigners anymore.

“This exercise has been ongoing for years and then when we come to a negotiation table the government admits that we have a case and for that matter we should exercise restraints but we think it’s long overdue. Our main objective now is that we have engaged the government on so many occasions but we have lost the confidence in the government because we think that these exercises ought to be done by the state and not we GUTA members”, said Ashanti Regional Secretary of GUTA, Daniel Owusu Acheampong.

A similar exercise was replicated at separate locations in the Ashanti Regional capital including Alabar and Adehyeman— which accommodate most Nigerian shop owners.

It took the intervention of the police from the Manhyia Divisional Command to restore calm.

“So far almost all the shops at Alabar and Adehyeman are opened after the police from Manhyia were called in. We are yet to engage the Ashanti Regional Police Command on the development… Our businesses are legit and we see no reason we feel targeted but we pray a lasting solution will help resolve this matter. I believe Ghanaians in Nigeria will not be treated like that”, Chief Kizito Obiara told a radio station in Kumasi.

The long standing dispute between Ghanaian traders and Nigerians in retail businesses across the country is over a decade.

Several agitations to push the Ministry of Trade and Industry to enforce the law by stopping those involved has yielded little results following the diplomacy Ghana has adopted over the period to address the impasse.