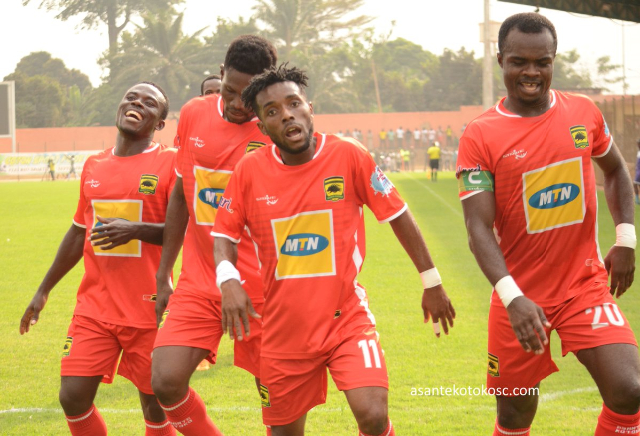 Charles Akonnor looked on, clearly amused, as his defeated opposite number took a swipe at Asante Kotoko’s quality in the Baba Yara Stadium’s press room.

“I still hold on to my earlier statement that the Asante Kotoko I knew in the past is not the same as we have today and looking at the way they played against us, I think I am right,” said ZESCO United head coach George Lwandamina. “There’s nothing extraordinary about the team.”

Lwandamina had been just as dismissive of Kotoko’s powers pre-match and, in that episode, Akonnor took time off his preparations to jab right back. Apparently, though, neither that verbal response nor a follow-up 2-1 defeat had moved the former Zambia boss to acknowledge Kotoko’s might — not openly, anyway.

But this was no time to respond, as Akonnor chose to bask in the success of Kotoko securing the first three points of their 2018/19 Caf Confederation Cup group stage run. There’d always be another opportunity to drum the lesson right through loud Lwandamina’s stubborn soul, come March when the two clubs meet again on the final matchday in Ndola; now, though, awaits a more pressing assignment booked for Kitwe, another city in Zambia’s rich Copperbelt Province.

See, ZESCO may be the most dominant force in Zambian football right now, but Nkana FC — also in Group C — are traditionally stronger, with a record 12 league titles. The Red Devils remain the southern African state’s only finalist in the history of inter-club competition and holders of one of the continent’s most envious records.
The Chinese-built Levy Mwanawasa Stadium, where ZESCO play, is imposing, spacious, and quite a spectacle. And while the older Nkana Stadium isn’t all that, it certainly is a fortress for the club that plays there. Nkana haven’t lost at home ever since making their continental debut in 1976 as Rhokana United, winning an incredible 41 of 57 games (including one in 1993 over next Sunday’s guests). If Kotoko need an extra reminder, Nkana chief Evaristo Kabila has served one, stressing that his outfit “is bigger than ZESCO United.”

Of course, Kotoko aren’t obliged to end a 43-year-old streak of invincibility, and Akonnor is certainly modest about his team’s chances.

“I won’t be able to tell if we will win, lose or draw but we are going with the aim of winning or getting at least a draw,” he told Happy FM.
Now, a draw at Nkana won’t be a bad result — only 16 teams have ever managed it — but Kotoko would need to aspire for more if they are to make the sort of statement which would strike awe into doubters and critics like Lwandamina. Beating Cameroonian giant Coton Sport Garoua on the road earlier in the campaign would inspire Kotoko as they attempt the unprecedented, coupled with the fact that Nkana are currently not enjoying their best form.

Kalampa have won only three of eight games in 2018, and a home loss to archrivals Power Dynamos in the ‘Kopala Derby’ last Saturday in the Zambian top-flight — despite ending the game with a two-man advantage — would leave them particularly deflated ahead of Kotoko’s visit.

Surely, Kotoko can dream, can’t they?