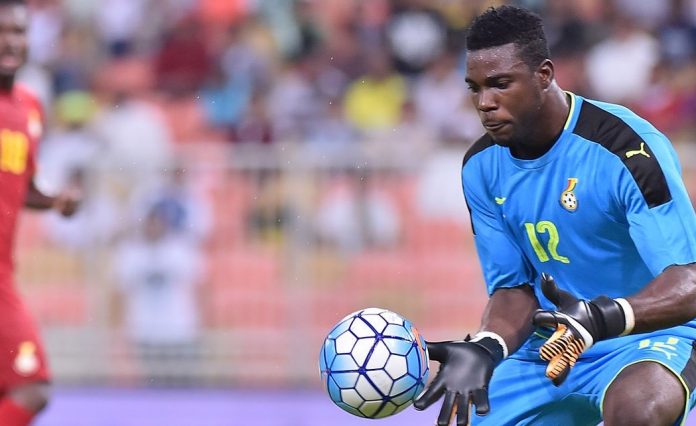 And, for now, it appears a showdown between the pair is the most probable prospect in the immediate future, should they keep up their respective club form. Quietly, though, a challenger — a third force — is rising in Sochaux’s Lawrence Ati-Zigi, a fellow who has spent some time angling for the gig.

“I’m not bothered at all about not being called up to the national team because I know there’ll definitely be a time for me,” Ati-Zigi, a former Ghana youth star, told Goal in December 2016 when he was only 20 and plying his trade in the Austrian second tier.

“It’s my dream to play for the Black Stars but since I have not gotten the opportunity to be with them, I can’t say much.”

Well, it looks like Ati-Zigi can now have his say. That maiden call-up came in August 2017, with a debut following against Iceland less than a year later. Not everyone was pleased with Ati-Zigi’s continued presence — presumably at Annan’s expense — however, given he wasn’t playing regularly for his Montbeliard-based employers, merely deputizing for Maxence Prevot. The pressure was on Ati-Zigi to justify his inclusion, but with Prevot — doubling as Sochaux’s captain — almost untouchable, the Ghanaian only had irregular Cup games and scarce minutes in the championship as opportunities to make his mark. Soon, though, he’d have more.

Amid Les Lionceaux’s struggle to stay in France’s Ligue 2 beyond this season, ex-Senegal international Omar Daf took over as substantive trainer after previous interim spells, and Ati-Zigi has reaped richly from that managerial switch. He’s featured fully in Sochaux’s last seven league games — equaling his total number of starts in the preceding year-and-half at the Stade Auguste Bonal — and contributed to achieving two victories and three clean sheets. Ati-Zigi’s good streak isn’t being hailed as much as Annan’s in Africa or Ofori’s exploits down south, but he’s steadily creeping up in the shadow of the duo as a really solid – potentially better — alternative.

First-choice goalkeepers in club football are rarely displaced, while African shot-stoppers find it even harder to break into Europe’s better known sides — remember that, if you’re ever tempted to scoff at what Ati-Zigi now enjoys.

For Ghana boss Kwesi Appiah, all of this is exciting. Behind Ofori, Annan and Ati-Zigi (likely the trio that would be invited for Ghana’s next international dates, with the summer’s Africa Cup of Nations in mind) are the likes of Razak Abalora and Nana Bonsu — all young Ghanaian goalkeepers making a name for themselves beyond these shores – and there are still lots of spoils to fight for.

The race is on, and Ati-Zigi is certainly off the mark.

The Mugabe Africans will remember