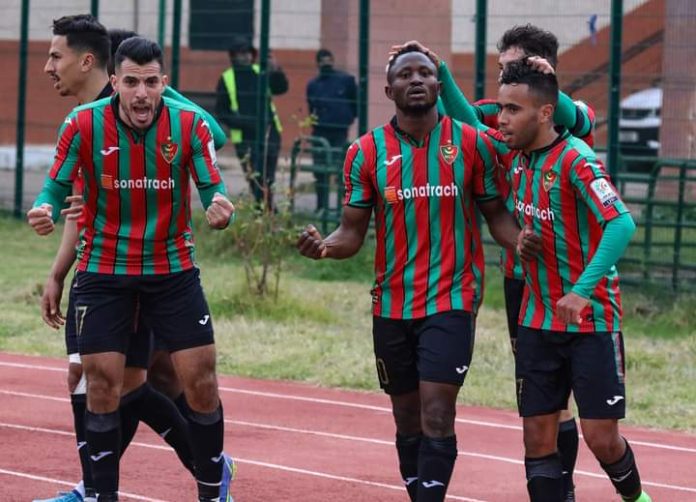 Former Accra Hearts of Oak SC talisman Joseph Esso grabbed his third league goal of the season for MC Alger in the Algeria Ligue 1 on Sunday afternoon at home to RC Relizane.

Samy Frioui scored with a sweet finish inside just 10 minutes to give the home team a deserving lead after dominant display.

Seven minutes later, Esso scored the second goal for the Green and Red outfits to grab his 3rd goal of the season and his team’s second goal in the game.

Frioui got his first half hat-trick with another two good goals as the visitors pulled one back to make it 4-1 at half time.

The Ghanaian international has three goals in 20 matches this season for MC Algers in the Algeria top-flight.