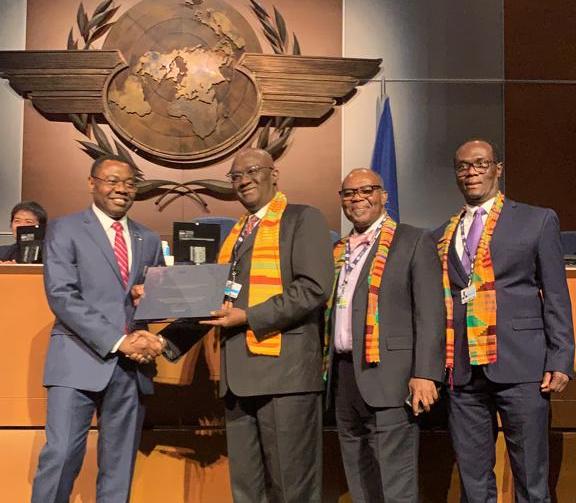 Ghana’s new national carrier is likely to be called ‘Akwaaba Airlines’ and will take off soon after years of being off the tarmac.

Insiders are also saying other names such as: Akwaaba Air, Ghana Airlines are also on the cards for consideration.

Ghana has entered into strategic partnership with Ethiopian Airlines to realise this dream following the demise of Ghana Airways which at a point in time became known as Ghana International Airlines.

“The uptake in these projects is in line with government’s vision towards repositioning Ghana as a major aviation hub in Africa. The establishment of a home-based carrier to ensure that Ghana remains on the global aviation map is currently being pursued through a strategic partnership arrangement with an established airline which should be operational soon,” Aviation Minister Joseph Adda said at the ongoing International Civil Aviation Organisation (ICAO) 40th Triennial Assembly in Montréal, Canada.

Speaking at the event, President for the International Civil aviation Organization Olumuyiwa Benard Aliu stressed on the need to maintain safety in the aviation space. He said “it is important for us to continue to remind ourselves that even in the era of innovation, Aviation safety, security and sustainability must remain our most fundamental priorities”.

The safety award is in recognition of Ghana obtaining Africa’s highest score in Aviation Safety Oversight after scoring a provisional Effective Implementation (EI) rate of 89.89 per cent.

This was after the International Civil Aviation  Organisation (ICAO) concluded its Coordinated Validation Mission (ICVM) on April 3, 2019, in line with the United Nations Aviation Agency’s Universal Safety Oversight Audit Programme .

The award for security is in recognition of Ghana’s high commitment to the International Civil Aviation Organization’s recommended standards and protocols on security at the Airport and the Ghana’s Airspace.

Minister for aviation remarked tgar the awards was a great achievement for Ghana which was a result of hardwork and perseverance. He further noted the aviation sector held a lot of potential for developing the economy. He said ” aviation holds a lot to transform our lives. The socioeconomic benefits are there but all comes from the safety and security which we’ve been able to achieve”.

The ICAO council president certificate in Aviation security was established in support of the No country left behind initiative by ICAO.