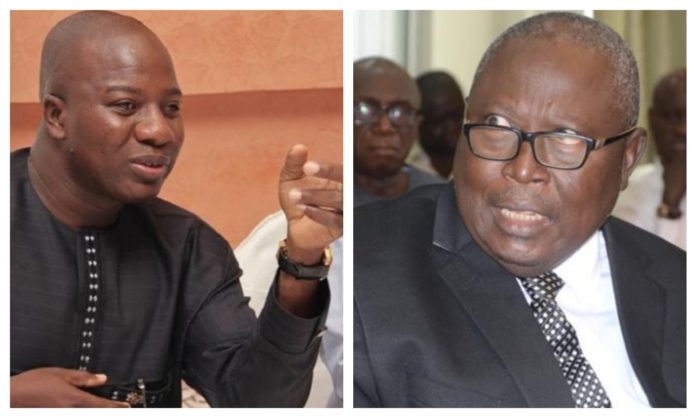 The Financial Court Division of the Accra High Court on Monday dismissed an application filed by the Member of Parliament for Bawku Central, Mahama Ayariga, challenging the capacity of the Special Prosecutor, Martin Amidu to prosecute him on tax evasion charges.

The court presided over by Justice Afia Serwaa Asare Botwe also granted the request of lawyers of Mr Ayariga to strike out count one, three, four and five, arguing that they are offences that are not within the remit of the Special Prosecutor and same cannot be prosecuted by the Office.

Consequently,  the second accused person, Kendrick Akwasi Marfo was discharged and Mr Ayariga has only count two—using public office for private benefit contrary to Section 179C (a) of the Criminal Offences Act 1960 (Act 29), to answer to.

What’s Ayariga’s stance before the ruling?

Lawyers of Mr Ayariga argued in Court on June 10 that the special prosecutor Martin Amidu was not qualified to prosecute the lawmaker due to his age.

The MP, therefore, filed a suit challenging the capacity of the Special Prosecutor to prosecute him for alleged procurement infractions.

According to Mr Ayariga, Amidu is not a legitimate holder of the office of Special Prosecutor of the Republic of Ghana because he was above 65 years as of the time he was nominated and approved as Special Prosecutor and, therefore, per Article 199 (1) of the 1992 Constitution, he is not qualified to hold a public office.

In view of that, it is the MP’s case that the charge sheet signed by Mr Amidu which initiated the criminal proceedings against him is defective and, therefore, the case against him is a nullity.