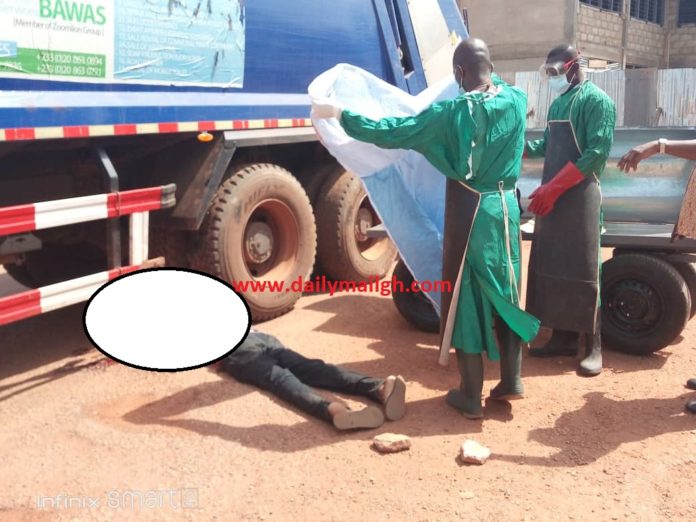 A routine medical check-up took —an unexpected—and extremely painful — twist for one man when he was run over by a garbage truck Monday.

The freak tale which occurred at the Berekum Government Hospital in the Bono Region, comes just days after a four-year-old girl was killed in a similar incident at Sawaba in the Ashanti Region.

The man who is in his late 30s was confirmed dead by medics who were called to the scene.

Images obtained by Dailymailgh.com showed the young man’s head being smashed by the rear tyre of the truck close to the Emergency Unit (EU) of the hospital.

Some relatives who went to the hospital with the deceased have been invited by the police for questioning.

Driver of the Zoomlion Ghana Limited branded truck is also assisting police in their investigations.

The lifeless body of the deceased, has since been deposited at the same hospital morgue for preservation and autopsy.