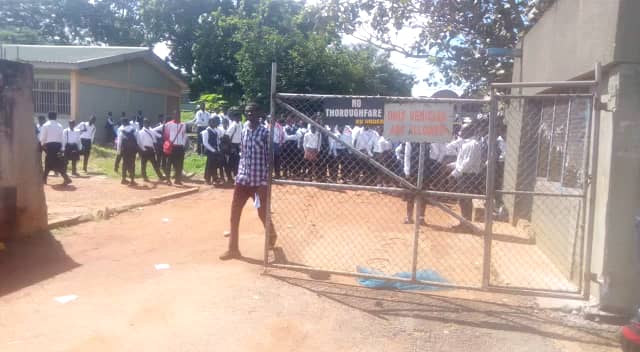 A full blown investigation has been launched following a disturbance that occurred at the Kumasi Technical Institute earlier this week.

This was made known by officials of the Ghana Education Service on Tuesday after meeting school authorities.

The service says a committee would be constituted to uncover the circumstances behind the incident.

Violence erupted last Sunday following an altercation between housemasters and some students— in what appears to be an attempt by the masters to enforce school laws during prep hours.

At least ten students were picked up by riot police who were deployed to maintain calm.

Security officers have been patrolling the school pointing to planned further attacks.

Ashanti Regional Public Relations Officer of the GES, Mark Ofori says the committee is expected to do a thorough job.

“So for now we will constitute a committee to investigate the matter. We want to ascertain the cause and also avert any further demonstration by the students. The reports will be sent to the Director General for further action”, said Mark Ofori adding that “any other information would be communicated in due course”.

Management of the school has also condemned the action of the students.

“We condemn the action of the students. A number of properties have been destroyed so we are yet to sit down as management to decide on any further action. KTI is a big school and we can’t afford to jeopardize the school’s hard won reputation”, the visibly worried chairman said.