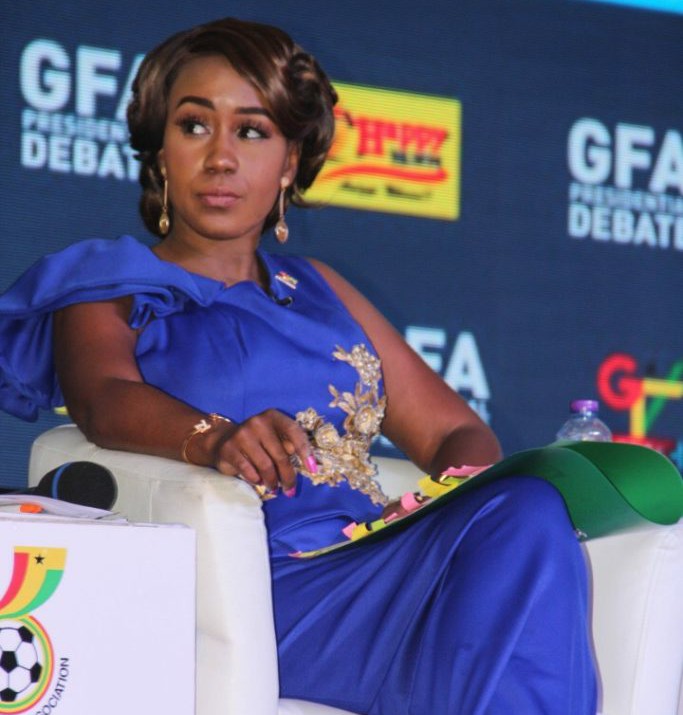 A Presidential candidate of the Ghana Football Association, Amanda Clinton, has admitted she was nervous during Monday’s GFA presidential debate.

The astute lawyer is the only woman amongst five men contesting for the vacant FA presidential seat.

Clinton was brutally mocked on Social Media during the debate as she came across as someone who was ill-prepared and lacked knowledge of football administration.

But in an interview with Starr Sports, Clinton said she recovered in the latter rounds of the debate and urged delegates to give her the nod during the election on Friday.

“Maybe the first round, I was a little nervous but I picked up in the second and third rounds. I am expecting the delegates to vote from their hearts…and vote wisely than they have done in the past.”

The Normalisation Committee put in place by FIFA to oversee the governance on football in Ghana has been in charge since September last year after the former President Kwasi Nyantakyi was removed on corruption charges.

The Committee will hold elections on Friday where a new President for the FA will be elected.

With All Due Respect: Angry Ghana – Despair and Arrogance

Private Health Insurance is for all Ghanaians, not just elites –...