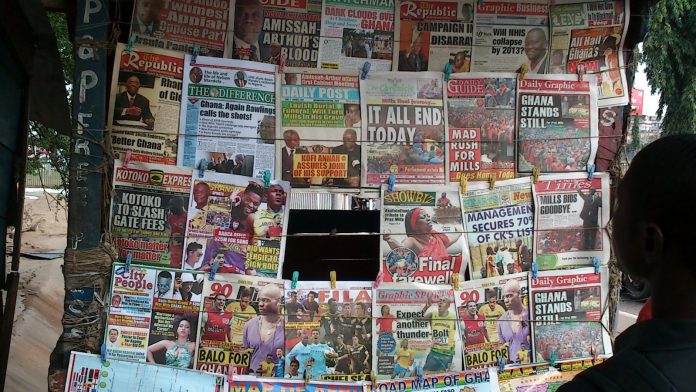 Ghana has lost its status as Africa’s best-ranked country in the World Press Freedom Index mainly due to the murder of investigative journalist Ahmed Hussein-Suale.

In the 2019 World Press Freedom Index report prepared by Reporters Without Borders, Ghana ranked 27 as against 23 in 2018.

The report attributed the drop in four places mainly to the killing of a Tiger Eye PI member Hussein-Suale and the threat on his life prior to his murder by New Patriotic Party (NPP) MP Kennedy Agyapong.

“A group of investigative journalists had to spend part of 2018 in hiding after producing a documentary about Ghanaian soccer corruption. A ruling party parliamentarian who had been named in the documentary publicly threatened one of the journalists without ever being sanctioned. The journalist was shot dead in the street a few months later. Journalists are rarely arrested but several were attacked with impunity in 2018, in some cases by police officers.

“Although Ghana continues to be seen as one of the most democratic countries in Africa and Chapter 12 of its 1992 constitution guarantees media pluralism and independence, a third of the media are owned by the state or by businessmen linked to the government,” the report said about the West African country.

Namibia topped the African league at 23 with Norway ranking first worldwide while Turkmenistan sat at the bottom at 180.

The RSF Index, which evaluates the state of journalism in 180 countries and territories every year, shows that an intense climate of fear has been triggered — one that is prejudicial to a safe reporting environment. The hostility towards journalists expressed by political leaders in many countries has incited increasingly serious and frequent acts of violence that have fuelled an unprecedented level of fear and danger for journalists.

“If the political debate slides surreptitiously or openly towards a civil war-style atmosphere, in which journalists are treated as scapegoats, then democracy is in great danger,” RSF secretary-general Christophe Deloire said. “Halting this cycle of fear and intimidation is a matter of the utmost urgency for all people of good will who value the freedoms acquired in the course of history.”