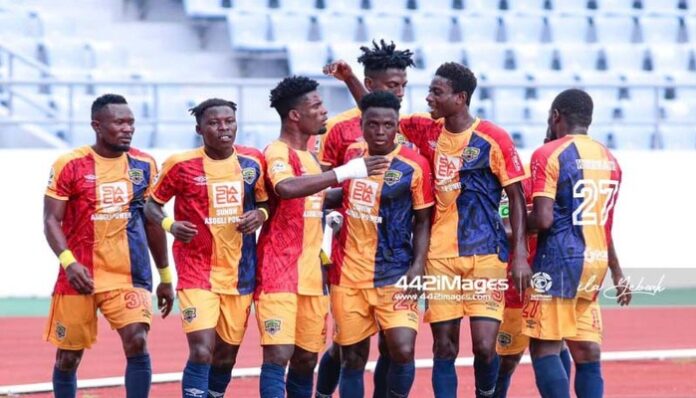 The Phobians bounced back to winning ways with a narrow hard earned 3-2 win over Tamale City FC after their last home defeat to Bechem United FC.

Ibrahim Salifu broke the deadlock of the match to put the hosts 1-0 up after 33 minutes with a spot kick to hand Hearts a deserving lead.

Tamale City equalized from the spot four minutes after the Rainbow Boys took the lead through their forward Isaac Mensah.

Sampson Eduku made it 2-1 to the away team on the 40th minute mark to turn the game on its head to give the Tamale Lads something to fight for heading to the break.

Just one minute after recess, Benjamin York grabbed the equalizer for the home team to restore parity for the Phobians after 46 minutes of football at the Cape Coast stadium.

Defender, Caleb Amankwah snatched all three points for the Phobians four minutes from full time to make the final score 3-2 in Hearts’ favour.

Over 10,000 beds given to hospitals in Ghana

Rawlings: My principles have sustained me this far