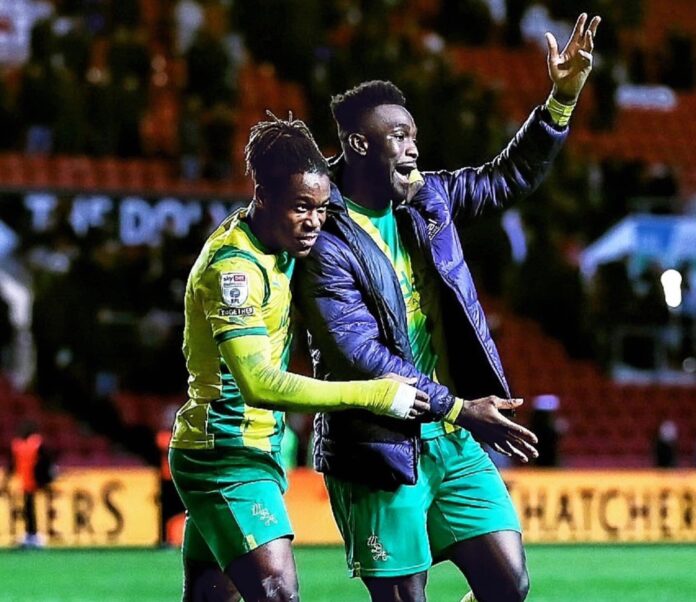 In-form Ghana forward Brandon Thomas-Asante bagged a brace as West Bromwich Albion earned an FA Cup Third Round Replay after drawing 3-3 with Chesterfield in the Third Round on Saturday.

The Baggies took the lead through Brandon Thomas Asante’s early goal before Tyrone Williams equalised in a fast-paced beginning to the tie.

Karlan Grant soon handed Carlos Corberán’s men the advantage again, yet it was Armando Dobra’s double at the end of the first period that seemed to have decided the contest, but Thomas-Asante struck in added time to ensure the tie would be played once more.

It was an entertaining opening, made better for Albion with another goal. This time Adam Reach was the provider, an excellent pass playing Grant through to squeeze past Ross Fitzsimons and edge the visitors back ahead.

However, Chesterfield rallied and found a leveller. Another quick attack caused problems, allowing Dobra to side-foot into the top corner from 12-yards and make it 2-2. And the hosts ensured they were in front at the break, Dobra converting a rebound to send the Spireites supporters wild and give Albion plenty of work to do after half-time. Corberán turned to the bench, bringing on Jayson Molumby, Daryl Dike and Jed Wallace as the Baggies searched for a goal.

Semi Ajayi almost equalised, his poked finish cleared off the line in a scramble, while Dike saw an effort deflected wide and a header go over. With time ticking away Thomas-Asante had another chance, heading Wallace’s cross towards the bottom corner, but Fitzsimons denied him.

However, it was with their last chance that Albion would ensure they avoided defeat. Thomas-Asante rising to head home, sending the travelling support into raptures and book a second meeting between the sides.

Akufo-Addo ‘smuggled’ through backdoor as Ghanaians in London protest against his...